Russian lawmakers to file lawsuit against Armenia at International Court of Justice Bikbaev: Monument to Garegin Nzhdeh erected with aim of stupefying youth 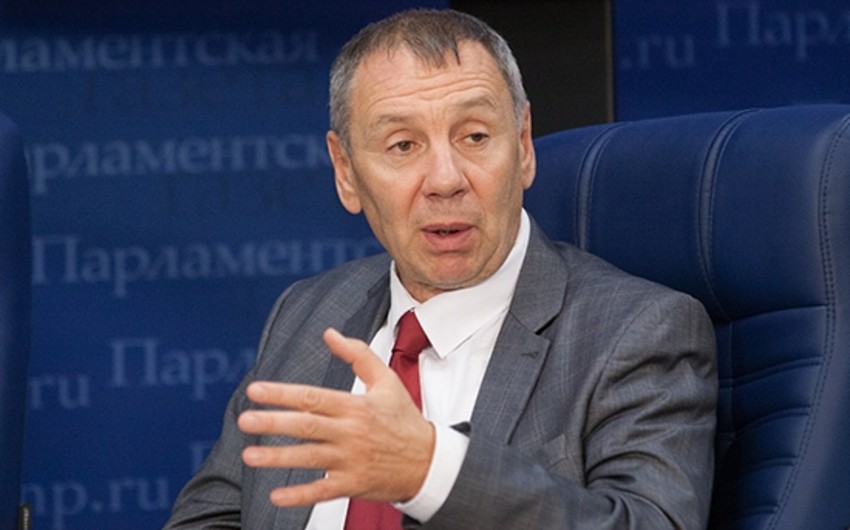 Moscow. 3 November. REPORT.AZ/ A group of deputies of the State Duma of Russia, members of the Public Chamber of Russia, experts and lawyers are joining the working group to prepare an appeal to the UN International Court of Justice, Russian bureau of Report News Agency informs.

Head of the working group, director of the Institute for Political Studies Sergei Markov said that lawmakers and members of the Public Chamber intend to call the world community to legal assessment of countries that heroize the Nazis and their supporters.

"Armenia is also one of the countries against which claims will be filed before the UN International Court of Justice. In Armenia itself, people are increasingly asked whether the perpetuating the memory of Garegin Nzhdeh and Drastamat Kanayan is a heroization of the henchmen of fascism", Markov said.

He openly warned Armenian authorities that such a stand is anti-popular and must be stopped.

"We urge Armenian colleagues to remove the statue to Nzhdeh, otherwise there is no need turn to Russia for help, protection of "genocide", if the monuments to such people appear in Armenia", he said.

He said that the working group intends to draw up a list of individuals who should be accused by the international court of crimes against humanity, as well as a list of sources where there are factual materials about their participation in such crimes.

"Our group will interact with the executive authorities - we plan to sign agreements on such cooperation, which is necessary, because the media, alas, attempts to silence the acts of supporters of fascism", Markov added.

The importance of the issue of information persecution of Nazism was supported by a member of the Public Chamber of the Union State of Russia and Belarus, historian Dionis Kaptar. In his opinion, the public is being led astray by "unscrupulous propaganda".

"In fact, most Armenians know the same Nzhdeh as a fighter for Armenia's independence, while the fact that he acted twice a terrorist and ended his life as a collaborator in the Vladimir center - they don't know", Kaptar said.

In his turn, Deputy of the State Duma of Russia Ildar Bikbaev considers that erecting monument to Garegin Nzhdeh and its open praising in Armenia conducted "with aim of stupefying youth".

This situation is very similar to the beginning of the 30s in Germany. Then the Nazis were able to win over the information agenda. There are concerns that in the countries all around Russia, the Nazis can come to power in the same way and the history, having made a turn, will be repeated", he said.

Notably, members of the working group take their activity base as a petition against the heroization of Nazism, which spread in the Russian segment of the Internet in the summer. Author of the petition, which collected more than 200 thousand signatures, was the Russian political scientist Alexander Perendzhiev.