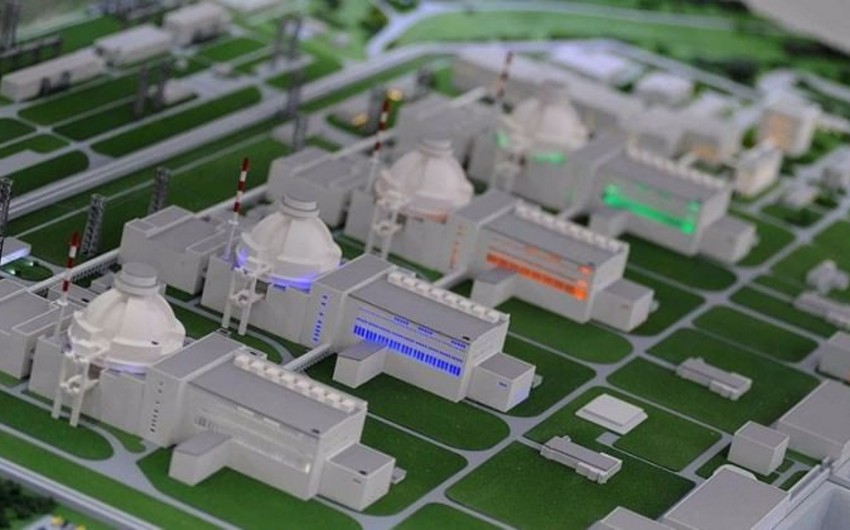 Baku. 27 April. REPORT.AZ/ Russia’s state-owned Rosatom has put 49 percent of its share in the to-be-built Akkuyu nuclear plant in Turkey on sale after obstacles in financing emerged with the economic problems in Russia, Report informs, Turkey’s state-run Anadolu Agency reported on April 27.

Local Cengiz Construction, which also won the tender for the port as part of Turkey’s first nuclear power plant in the Mediterranean province of Mersin, is reportedly interested in buying shares.

All shares in Akkuyu belong to the Russian company, thus the sale can be perceived as normal, the agency quoted experts as saying.

The $20 billion project’s progress has been complicated by tension between Moscow and Ankara after Turkey downed a Russian warplane on the Syrian border on Nov. 24, 2015, for violating its airspace during operations against the Islamic State of Iraq and the Levant (ISIL).

The Akkuyu Nuclear Joint Stock Company was established after Rosatom signed an agreement with the Turkish Energy Ministry to build and operate the nuclear power plant in 2011.

The plant, which will have a life cycle of 60 years, is planned to become partly operational in 2020 and fully in 2023, the 100-year anniversary of the modern Turkish Republic, according to the government.

Energy Minister Berat Albayrak recently visited the nuclear plant, where he was briefed by the plant’s General Manager Fuad Akhundov and its construction manager, Dmitriy Tveritinov.