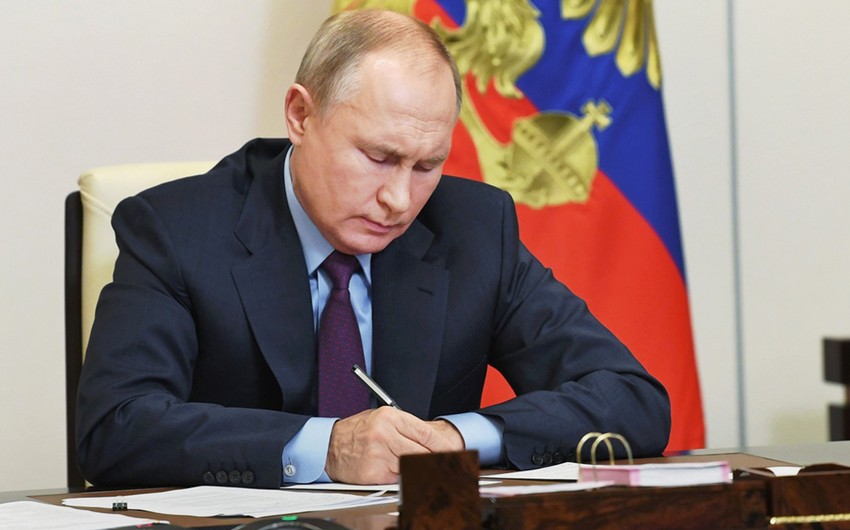 Russian President Vladimir Putin has signed the law allowing him to put forward candidacy to become the president of the Russian Federation, Report informs, citing TASS.

The document was published on the official legal information portal.

According to the document, the candidate for the post of the president must: i) be at least 35 years old; ii) resident in Russia for at least 25 years; iii) not have foreign citizenship or residence permit in a foreign country, either at the time of the election or at any time before.