Putin offers to hold referendum on alternation of power

Putin offers to hold referendum on alternation of power It is necessary to ensure the alternation and renewal of power in Russia, Russian President Vladimir Putin said. 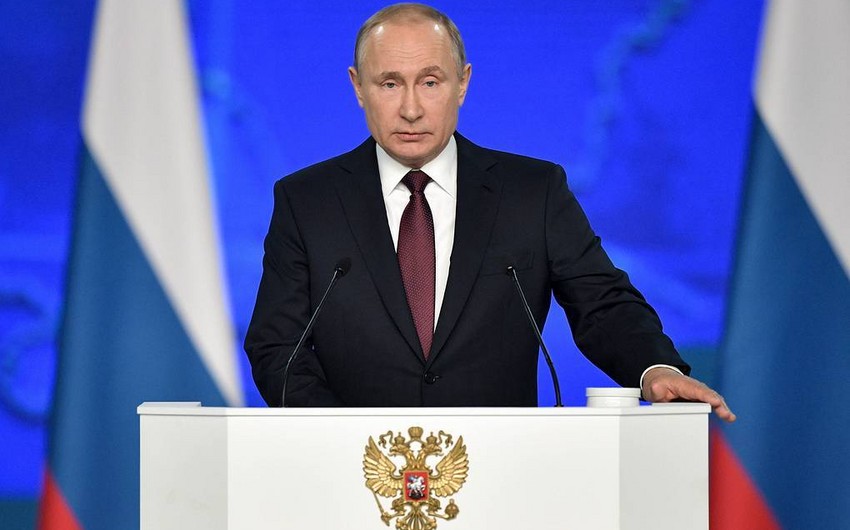 "It is necessary to ensure the alternation and renewal of power in Russia," Russian President Vladimir Putin said.

According to him, it is necessary to settle the principles of a unified system of public authority in the Constitution, strengthen the role of the of the Russian Federation, and give it the right to verify the constitutionality of bills and other documents at the President's request.

The head of state also stressed the importance of entrusting the State Duma with not just approval, but with the support of the prime minister's candidacy. Moreover, he believes that Russia must remain a robust presidential republic.

According to him, the President of the Russian Federation must retain direct control of the Armed Forces and all law enforcement systems of the country, which will ensure a more excellent balance between the branches of government.

In this regard, the President suggested appointing heads of all law enforcement agencies in coordination with the Federation Council."

He also noted that those holding crucial positions in the Russian Federation, including the Prime Minister, Ministers, and governors, must not have any foreign citizenship or residence permit.

The President of Russia invited Russians to vote on the proposed package of amendments to the Constitution of the Russian Federation.