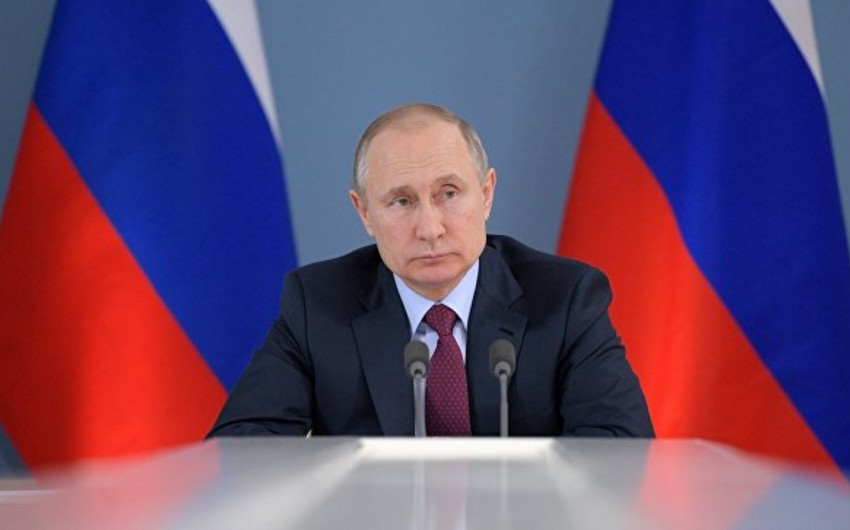 Baku. 27 March. REPORT.AZ/ Russian President Vladimir Putin is holding a meeting on the elimination of the consequences of the fire in the shopping center "Winter Cherry" in Kemerovo, which killed 64 people, Report informs citing the RIA Novosti.

The President expressed his condolences to the families and friends of the victims, starting the meeting with a moment of silence.

"What's going on here, it's not a military action, not the unexpected release of methane at the mine. People came to rest. There were children. We're talking about demographics and losing so many people because of what? Because of criminal negligence, because of sloppiness", - Putin said.