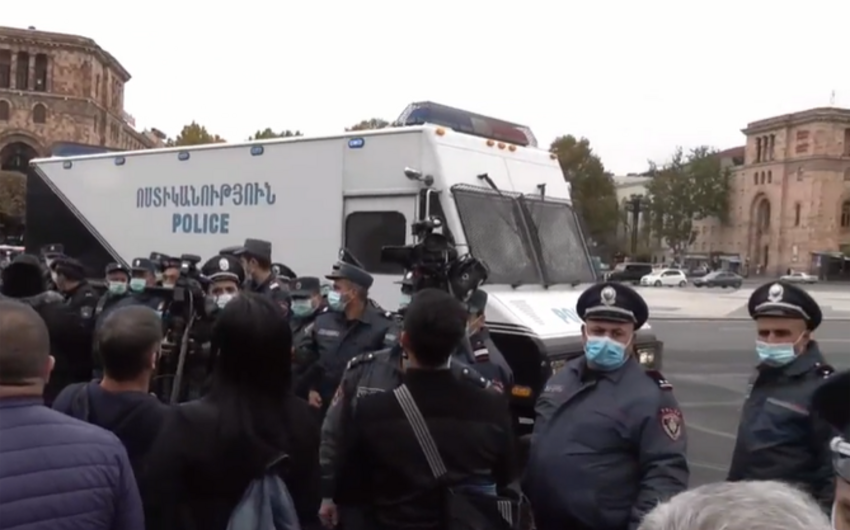 Two protesters in the Yerevan Metro were taken to the police station, Report informs referring to Sputnik Armenia.

“Citizens were taken to the police for failure to comply with the lawful request of a police officer (Article 182 of the Code of Administrative Offenses),” the police said. They will be released within three hours.

Earlier, supporters of the “5165” opposition party blocked the movement of trains at the Yeritasardakan metro station in both directions for nine minutes and called on citizens to gather in the evening on Republic Square.

The non-parliamentary party “5165” and its supporters have been holding protest rallies in Yerevan since November 22. They demand from Prime Minister of Armenia Nikol Pashinyan to reveal the document on the delimitation and demarcation of the border with Azerbaijan.