Protest action held near building of Armenian Cabinet of Ministers

Protest action held near building of Armenian Cabinet of Ministers Protesters: "This is a trick, they deceive us" 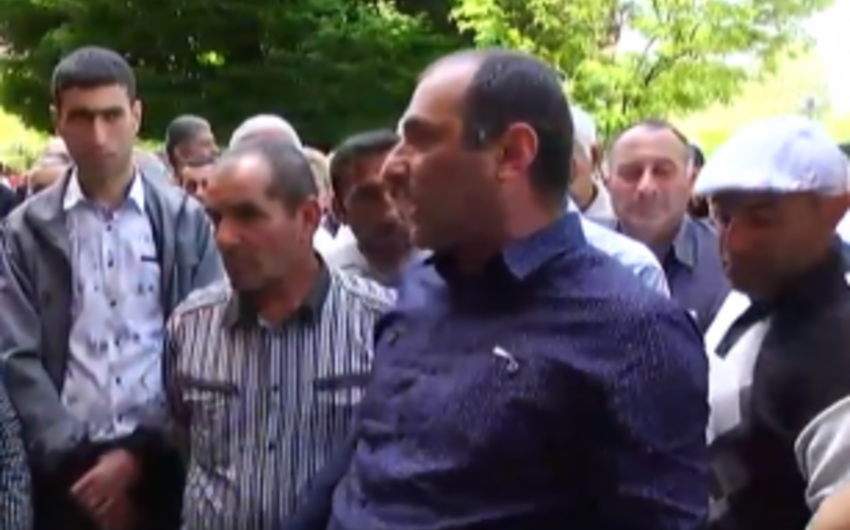 Baku. 21 April. REPORT.AZ/ Residents of the village of Armenia's Kaxtsrasen held a protest near the building of the Cabinet of Ministers of Armenia in Yerevan.

Report informs referring to the Armenian media villagers claim that they cannot get the money for the sold grapes because the winery has financial problems.

"The Minister in an interview said that villagers passed  grapes for 40 drams per kilo, but they weren't paid yet.

There are a lot of plants, but they don't give, and it is not about 10 or 40 drams, it's about a penny, we can not live, we do not pay for either light or for gas.We are not asking for charity, we are demanding our money,"said one of the villagers. He noted that the government periodically assures them that the money will be returned, but "this is a trick, they deceive us."