Presidents of Azerbaijan, Turkmenistan and Turkey to meet soon 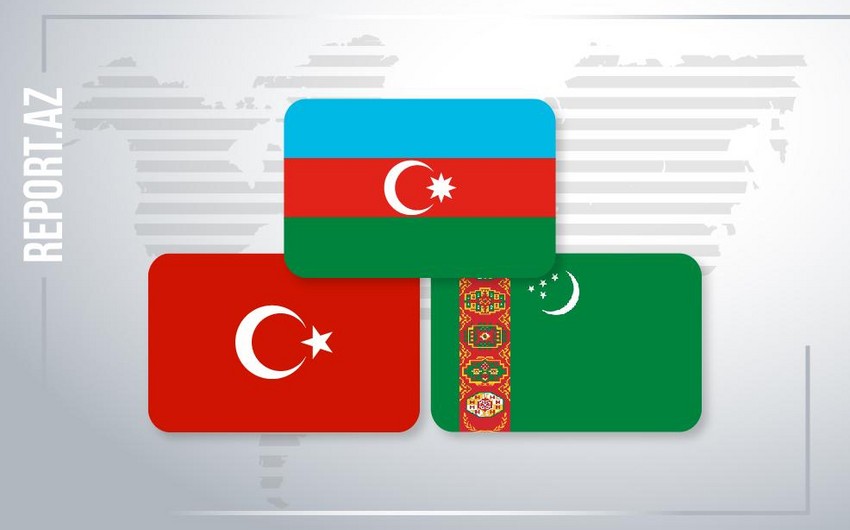 The meeting of the presidents of Turkmenistan, Azerbaijan and Turkey will be held in the near future, Turkmen President Gurbanguly Berdimuhamedov said, Report informs.

He noted that the level of relations between Turkmenistan, Azerbaijan and Turkey makes it possible to effectively develop and improve trilateral cooperation in political, economic, trade and humanitarian areas.

“At the upcoming trilateral summit, the discussion will primarily focus on such strategic directions as energy, transport and communications,” the head of Turkmenistan said.

Noting that Turkmenistan, Azerbaijan and Turkey are actively working on the formation of a reliable transport and energy bridge in the East-West direction, Berdimuhamedov said that there are prospects in the transport sector for the implementation of the project along the Afghanistan-Turkmenistan-Azerbaijan-Georgia-Turkey route.

“The concentration of the potential of the three states, the use of common resources, geographical, industrial and technological capabilities can give not only a powerful impetus to the development of the national economy, but also confirm that this can become a contribution to the geo-economic structure, give a new creative meaning and perspectives throughout the Eurasian space,” Berdimuhamedov stressed.

The summit of the leaders of Turkmenistan, Azerbaijan and Turkey was to be held in August 2021 on the Turkmen coast of the Caspian Sea in the Avaza National Tourist Zone.

It was reported that one of the central topics of the talks between the presidents of the three countries will be the discussion of the possibility of helping Turkmen energy resources reach Europe in connection with the signing of a Memorandum of Understanding on joint exploration and development of the Dostluk field in the Caspian Sea between Turkmenistan and Azerbaijan on January 21, 2021 in Ashgabat. The reserves of the Dostluk field, according to experts, are estimated at 50 million tons of oil.