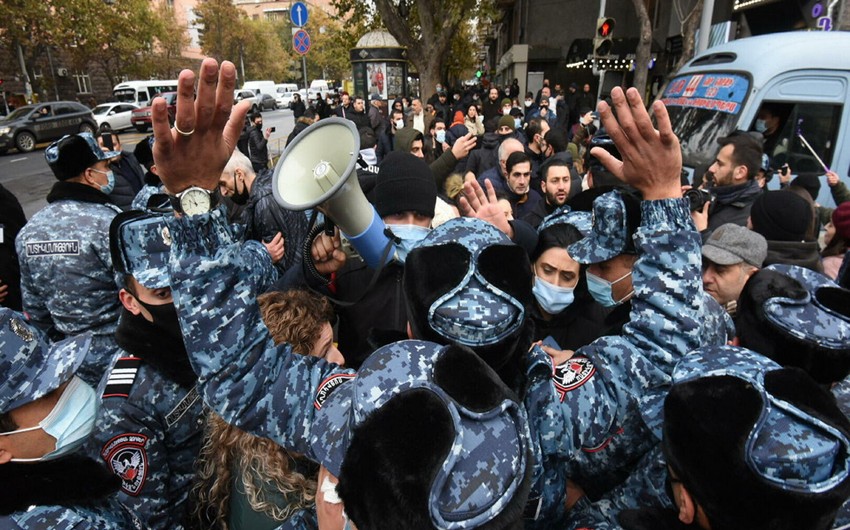 "The protesters were compelled the appearance for failure to comply with the lawful demands of the police officers," the law enforcement agency said.

Earlier, representatives of Movement 5165 blocked the road on Nalbandyan Street and paralyzed traffic on Sakharov Square for several minutes. The police demanded to unblock the road and began to detain the protesters. Among the citizens brought to the department was the head of the Zartonk party, the former head of the Chamber of Lawyers of Armenia, Ara Zohrabyan.

At the moment, the traffic in the square has been restored.

Since November 22, a number of public organizations have been holding protests in different parts of Yerevan, demanding to make public the details of the discussions on the delimitation and demarcation of the border.