One killed, another wounded as rocket projectiles from Syria hit Turkey

One killed, another wounded as rocket projectiles from Syria hit Turkey The projectiles started hitting the province at 2 p.m. on March 8 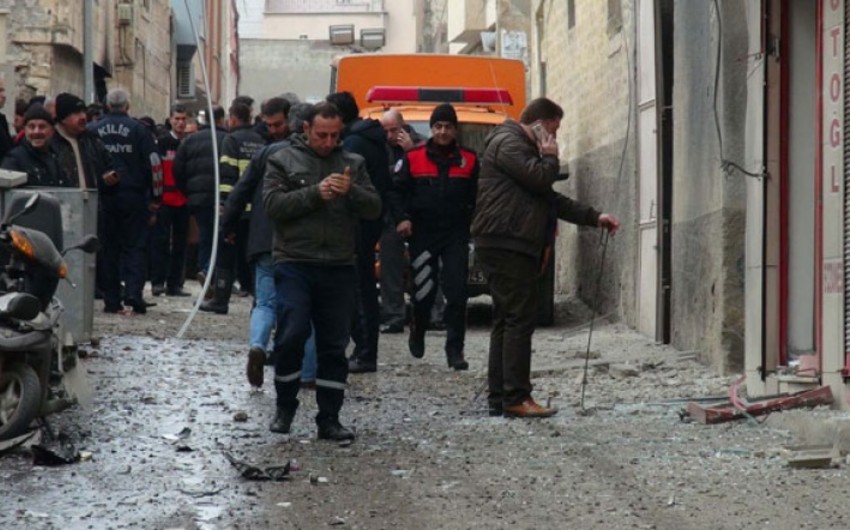 Baku. 8 March. REPORT.AZ/ One person has been killed while another has been wounded as three rocket projectiles from Syria hit the southeastern border province of Kilis, Report informs referring to the Turkish media.

The projectiles started hitting the province at 2 p.m. on March 8. While two rockets fell in an empty field, another one hit the province’s Kazım Karabekir neighborhood.

Speaking to private broadcaster CNN Türk, Kilis Mayor Hasan Kara announced that one person was killed and another was wounded in the blast.

While Kara was live on TV, he said a fourth projectile hit the province.

The mortars fell in a residential area near a high school in the Turkish town of Kilis near the Syrian border, Reuters quoted security sources as saying.