​One hostage freed from the captured police station in Yerevan 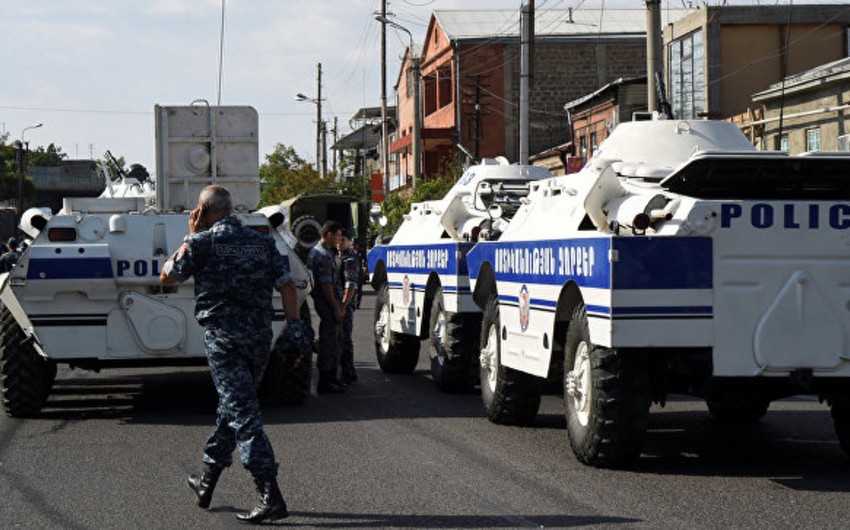 Baku. 18 July. REPORT.AZ/ An armed group of people which had captured a police building in Yerevan, freed one hostage, Report informs citing the Armenian media.

On the eve, a group of armed men broke in the territory of the patrol police regiment of Armenia have been keeping people hostage under the threat of violence.

According to the police, one police officer was killed and three were injured at the seizure of the building. Then two of the hostages were freed during special forces operations.