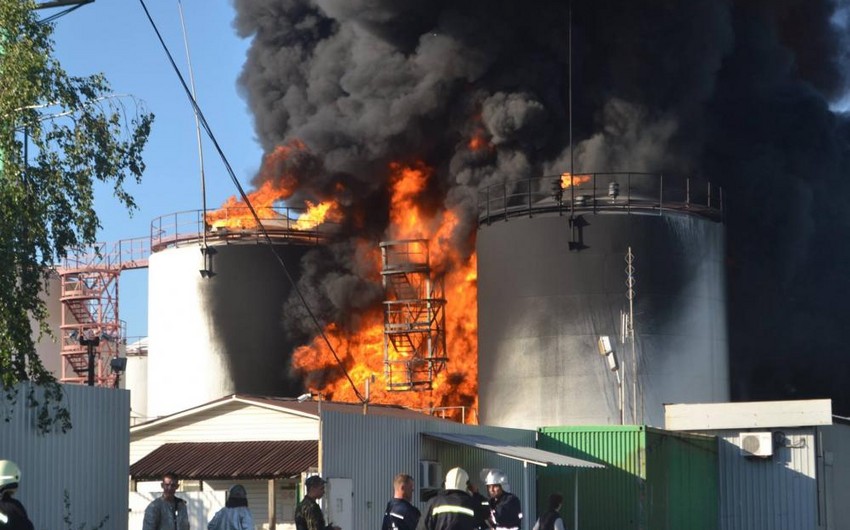 'According to the initial information on the fire, works are underway in the South Kazakhstan province, Munay Limited Liability Partnership (LLP) to extinguish 8 tanks full of petrol as well as pump station', Ruslan Imankulov, official representative of Emergency Committee of Kazakhstan Ministry of Internal Affairs said.

100 firefighters and 20 equipment have been involved in extinguishing the fire. Also fire trains called to the scene.