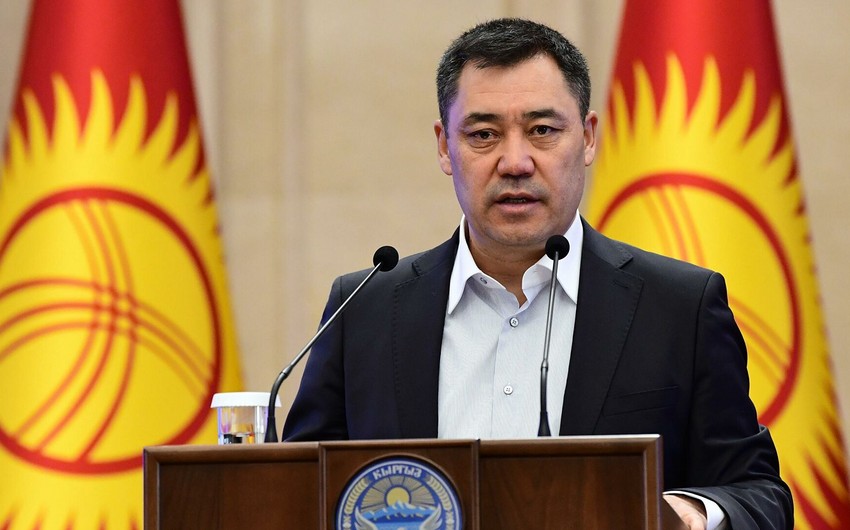 The newly elected President of the Kyrgyz Republic, Sadyr Japarov, was sworn in on January 28, Report informs, citing RIA Novosti.

The chairman of the Central Election Commission, Nurjan Shaildabekova, presented him with a badge with state symbols and a presidential standard.