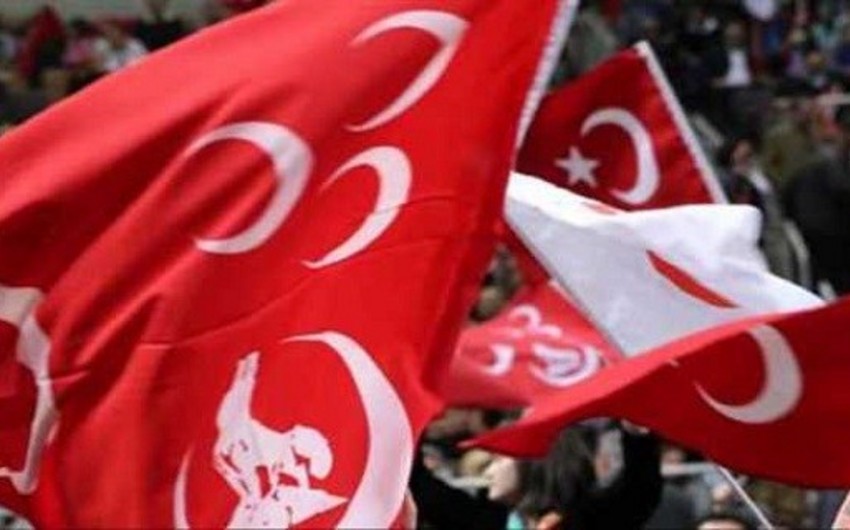 Baku. 9 June. REPORT.AZ/ Сonditions imposed by the Nationalist Movement Party, which gained 16.29% of the vote on the parliamentary elections in Turkey, for a coalition government were revealed. The party won 80 seats in the Turkish Grand National Assembly.

The party considers that the coalition government, which will present nationalists, must renounce claims of the Justice and Development Party regarding the transition from the administrative structure to a presidential system. According to them, the unitary structure of the state shall remain unchanged and a project aimed at resolving the problems posed by the PAC should be suspended: "We must renounce promises of the transition to a presidential system, and continue parliamentary system. If you continue to work on the preparation of a new constitution, no changes to the Turkish identity and unitary device may happen. taking into consideration that the political ties of terror use a process called "process of solution" for the existence of the country is necessary to refuse from them. It is also necessary to investigate the claims of bribery and corruption".

Today, the Turkish President Recep Tayyip Erdogan accepts the Chairman of the Justice and Development Party Ahmet Davutoglu, who gained the majority of the vote in elections and instruct him to hold a meeting on the establishment of a coalition government.