​Latvian FM offers to abolish the EU visas for Azerbaijan

​Latvian FM offers to abolish the EU visas for Azerbaijan Edgars Rinkēvičs: There is a need in essential dialogue on visa issues with Azerbaijan 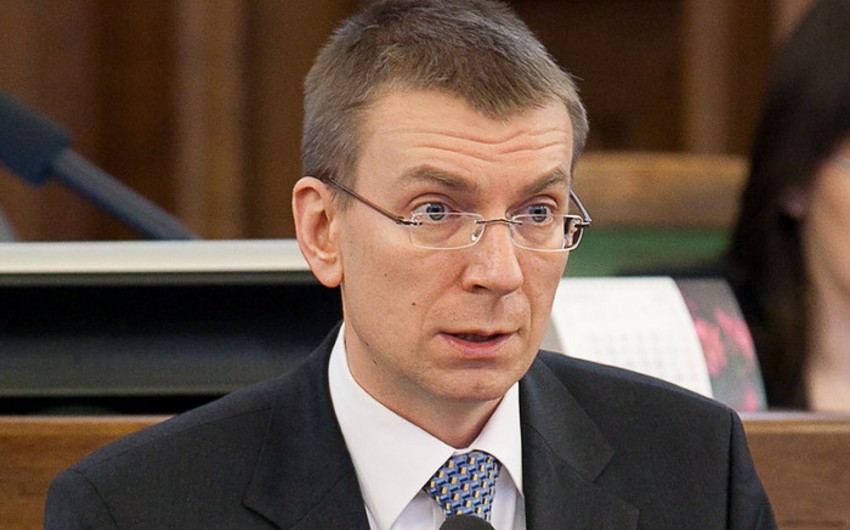 Baku. 19 April. REPORT.AZ/ Foreign Minister Edgars Rinkēvičs took part in the meeting of the EU Foreign Affairs Council (EU) in Luxembourg, where he put forward a proposal on abolition of visas for Eastern Partnership countries, Report informs citing the BaltNews.lv.

Before a meeting of the Eastern Partnership Foreign Ministers' in Brussels scheduled for May 23, Rinkevics said that it is desirable to abolish the visa regime with Georgia and Ukraine as soon as possible, as well as to establish a dialogue with Azerbaijan on visa issue.

"We need a dialogue on visas with Azerbaijan and Armenia, as well as to reach an agreement between the EU and Belarus on visa simplification and the agreement on readmission as soon as possible", said Rinkevics.

The Minister expressed opinion that it is necessary to continue to support the EU's introduction of the EU Association Agreements - Georgia, the EU - Moldova and the EU - Ukraine.

The Foreign Minister expressed support for implementation of the joint EU-partner projects in the region of the Eastern Partnership, especially in the areas of transport and energy.