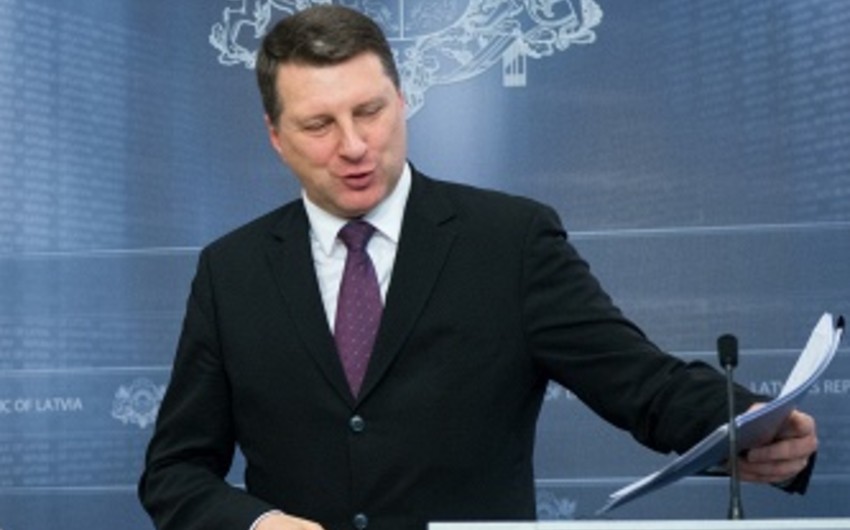 Baku. 8 July. REPORT.AZ/ "I swear that I will dedicate all my activity to the well-being of the people of Latvia."

On June 3 this year, Former Defense Minister R.Vējonis was elected the president of the country's parliament (in Seimas).

After taking an oath in the parliament, the state award was presented to a new president.

He refused the traditional musical ball held in the oath-giving ceremony.

Vējonis Raymonds was born in 1966 in Russia's Pskov region. His mother is Russian.