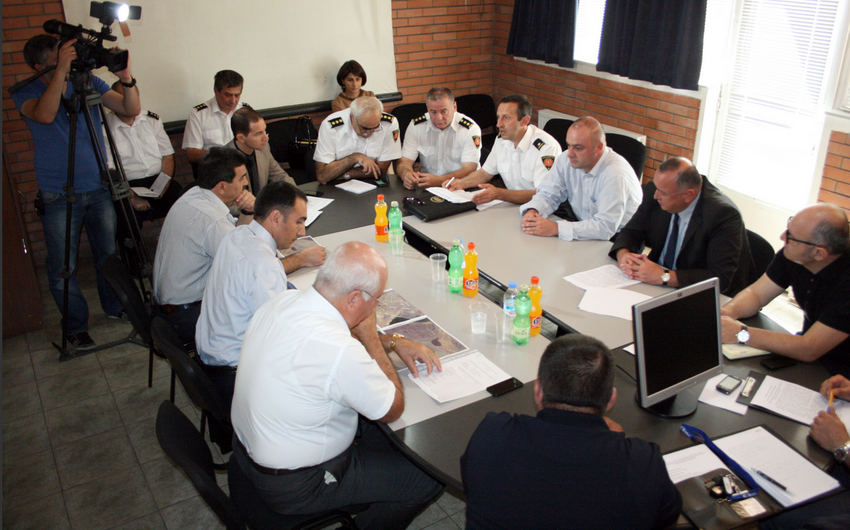 Baku. 2 September. REPORT.AZ/ "Security of the Caucasus- 2014" large-scale exercises of Georgian and Azerbaijani rescuers will be held in Yagludzhe landfill on September 5. Report informs citing the official website of the Ministry of Internal Affairs of Georgia, within the framework of the agreement signed with BP, rescuers will hold exercises to coordinate actions aimed at the elimination of oil spills on land and at sea.

The aim of the exercises is to coordinate joint actions of relevant structures of Azerbaijan and Georgia during an emergency, as provided by the Memorandum of Cooperation signed between the Ministries of Internal Affairs of the two countries.

In order to prepare for joint exercises a number of technical and organizational issues were discussed at the meeting in the Tbilisi base of the Department of Emergency Situations Ministry of Internal Affairs of Georgia.