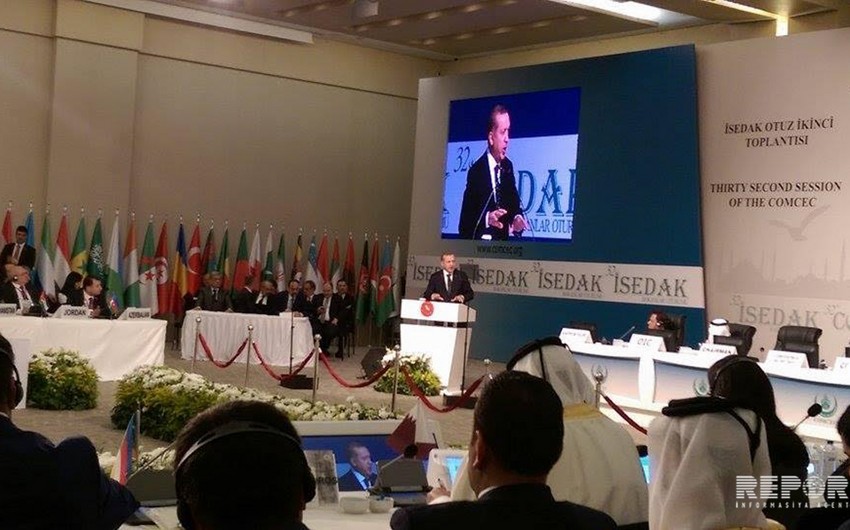 Istanbul. 23 November. REPORT.AZ/ Speaking at the meeting of the Standing Committee for Economic and Commercial Cooperation of the Organization of Islamic Cooperation in Istanbul, Erdoğan criticized the bloc for failing to take concrete action against terrorists.

"We have made clear time and time again that we take care of European values more than many EU countries, but we could not see concrete support from Western friends ... None of the promises were kept" Erdoğan said.

Istanbul. 23 November. REPORT.AZ/ The 32nd session of the Standing Committee for Economic and Commercial Cooperation of the Organization of the Islamic Cooperation (COMCEC) kicked off in Istanbul.

The head of state said that the region, where Turkey locates, is fighting against crises: "We live in the period of cataclysm. This process affects all of us and covers almost all Islamic countries. As a rule, we carry the burden of the whole world on our shoulders. 5 000 oppressed people drowned in the Mediterranean Sea. About 10 000 children are missing in the forced migration from Syria and Iraq," Recep Tayyip Erdoğan said at the opening.

The session is attended by the representatives of 57 member and 5 observer countries, as well as of international organizations. In the event, Azerbaijan is represented by Deputy Minister of Economy Sahib Mammadov. 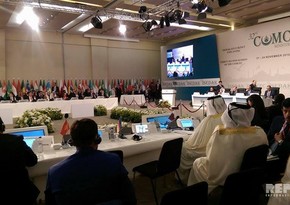 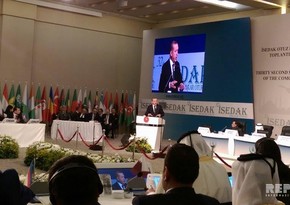 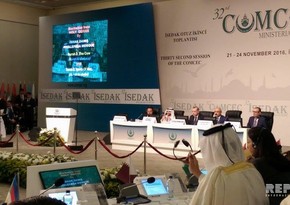