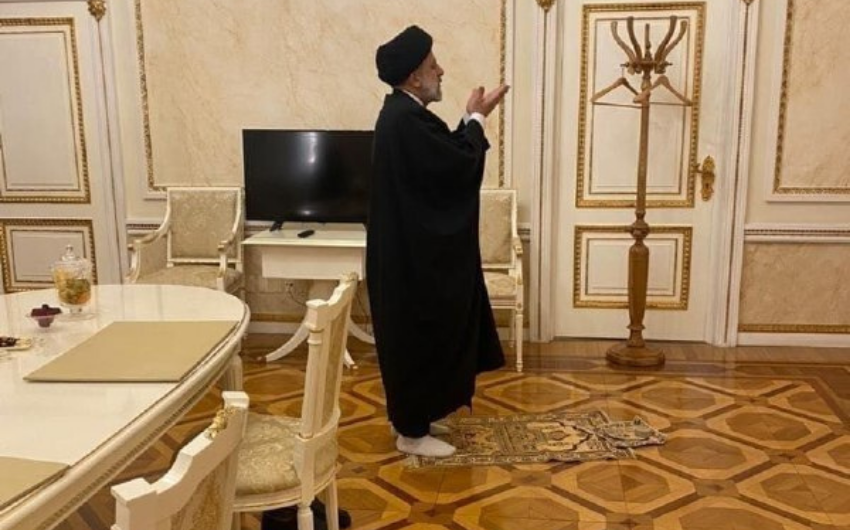 Iranian President Ibrahim Raisi, after negotiations with his Russian counterpart Vladimir Putin, performed evening prayers in the Kremlin, Report informs citing RIA Novosti that this was reported by Tasnim agency.

An Iranian agency posted on its Telegram channel a photo showing the Iranian president performing prayers on a special rug in the Kremlin.

The Iranian president arrived in Moscow on January 19 on an official visit. The meeting with Putin was the first since the Iranian politician took office.