Iranian parliament receives motion calling for banning any talks with US 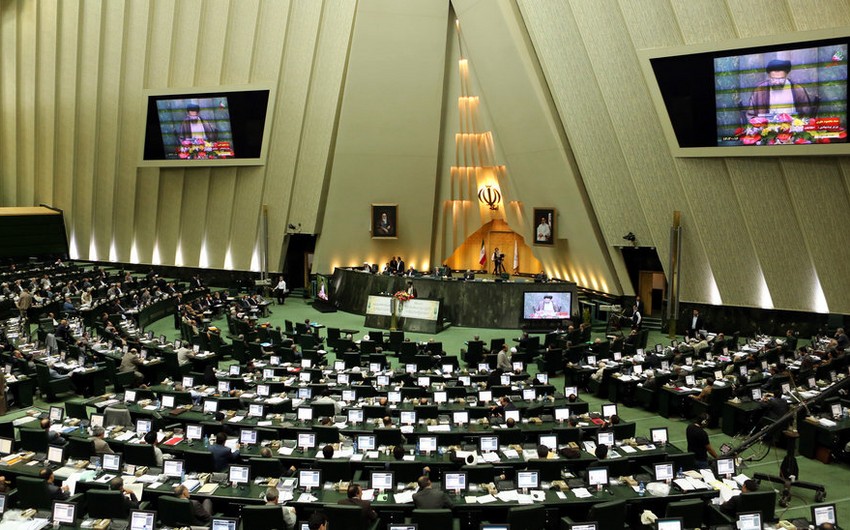 The presiding board of the Iranian parliament received the motion on June 23, which calls for banning any negotiations between Iranian and US authorities, Report informs, referring to Fars News Agency.

There are no further details on the motion at the Iranian parliament.

Iran’s newly elected President Ebrahim Raisi said on June 21 that he doesn’t intend to meet with US President Joe Biden and that Iran won’t negotiate on a Joint Comprehensive Plan of Action (JCPOA) if the US doesn’t safeguard the country’s interests.

At the same time, Raisi stressed that Iran calls on the US to return to fulfilling its commitments under the JCPOA.

The JCPOA was adopted in 2015 by Iran and the permanent members of the UN Security Council, together with Germany. The deal involves, in particular, the restructuring of the reactor in Arak for peaceful nuclear research and compliance with uranium enrichment limits. In exchange, the UN Security Council sanctions and unilateral restrictive measures by the US and the EU were lifted from Tehran.

On May 8, 2018, the US withdrew from the deal, accusing Iran of violating it. Biden has repeatedly signaled his readiness to return the US to the JCPOA.