​Iranian media: The Conservatives won 54.5 % of the vote in the parliamentary elections

​Iranian media: The Conservatives won 54.5 % of the vote in the parliamentary elections 161 candidates have been running for the Assembly of Experts 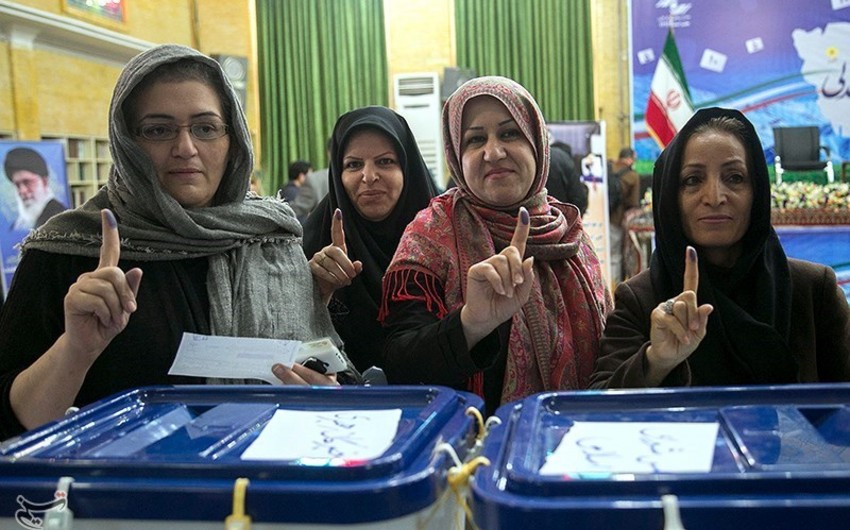 Baku. 29 February. REPORT.AZ/ Iran’s Elections Headquarters on Monday morning released the final list of candidates who made it to Iran’s Assembly of Experts from Tehran Province, which holds 16 seats in the high-ranking body that elects the leader of the Islamic Revolution.

Report informs citing Tasnim News, in a statement, the Elections HQ announced that it has finished counting 4,500,894 votes Iranian people in Tehran province cast earlier on Friday elections, which witnessed a turnout of over 50% in the province.

Among other prominent candidates who have made it to the Assembly are the Secretary of Iran's Guardian Council Ayatollah Ahmad Jannati, and provisional Friday Prayers leaders Ayatollah Mohammad Emami Kashani and Ayatollah Mohammad Ali Movahedi Kermani.

The incumbent Intelligence Minister Seyed Mahmoud Alawi is also among those elected by the people of Tehran Province to hold a seat in the Assembly of Experts for the next eight years.

Members of the 88-seat assembly are directly elected to office by people for an eight-year term. It holds biannual meetings to appoint a new chairman.

Countrywide Assembly of Experts elections and the parliamentary polls were held in Iran simultaneously on Friday.

More than 60 percent of some 55 million eligible voters cast their ballots at around 53,000 polling stations across the country.

161 candidates have been running for the Assembly of Experts.

In a message on Sunday, Leader of the Islamic Revolution Ayatollah Seyed Ali Khamenei described as “glorious” the massive participation of the Iranian nation in the country’s recent elections.

Ayatollah Khamenei expressed gratitude for the aware, resolved and determined nation of Iran, saying the public turnout at Friday polls displayed “the brilliant face of religious democracy to the world.”

“I consider it my duty to express my gratitude to this public answer to the call made by the Islamic Establishment,” Ayatollah Khamenei underlined.

The Leader further asked winners of both elections, as well as the current authorities in different governmental bodies and organizations to sincerely provide services to the people and the Islamic Establishment and prefer national interests to personal or political interests.