Hulusi Akar: Allies did not help Turkey fight terrorism "Although our NATO allies have resolutely fought against terrorist groups in many parts of the world, unfortunately, they have not shown the same determination against the PKK / YPG-PYD terrorist group." 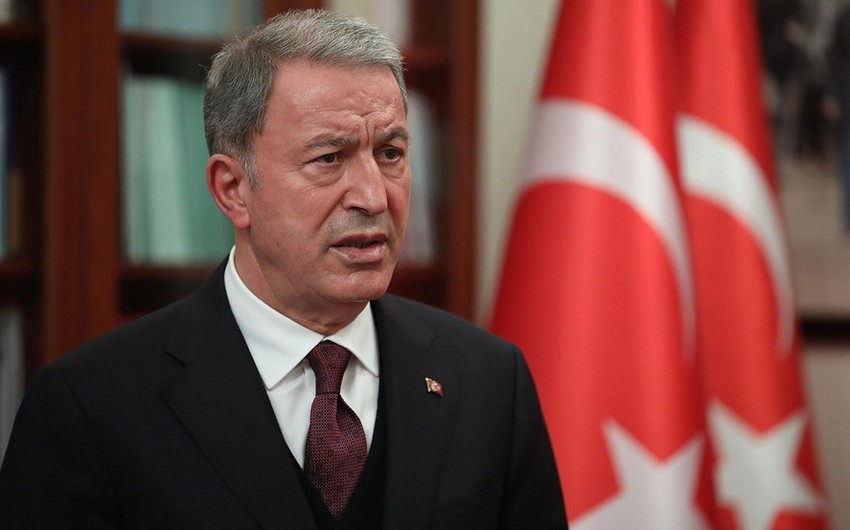 "Although our NATO allies have resolutely fought against terrorist groups in many parts of the world, unfortunately, they have not shown the same determination against the PKK / YPG-PYD terrorist group," Turkish National Defense Minister Hulusi Akar said at the opening ceremony of the Maritime Security Centre of Excellence (MARSEC COE), which has received the status of an international military organization.

Report informs that, according to him, Turkey has provided shelter to 4 million Syrians without discrimination and supported 5 million Syrians to live in northern Syria:

"As Turkey, we believe that NATO's existence and importance are growing. For this reason, the alliance must be further strengthened, and NATO must act in the spirit of true alliance. Turkey, which has NATO's second-largest army, shares its security burden and all its values. We are among the top five countries in the rankings, with about 3,000 personnel participating in NATO missions, operations, and headquarters, including team building. In addition, Turkey is one of the top eight countries contributing the most to the military budget, with about two percent of GDP. In particular, despite dealing with the risks, threats, and dangers in its region, Turkey is constantly participating in the alliance's exercises, power structure, and staff, doing everything necessary to protect NATO. The country is doing everything possible to protect Europe's borders against terrorism, smuggling, and human trafficking."

Akar said that numerous appeals to Turkish allies to fight the attacks of PKK / YPG-PYD and ISIS terrorist groups in northern Syria, which threaten international security and regional stability, went unanswered: "These appeals were not implemented. Turkey was only left out in the fight against terrorism."