Huffington Post: Armenia is still a Russian colony "As Armenia approaches the September 21 anniversary date it remains one of the poorest in the former Soviet Union"
585 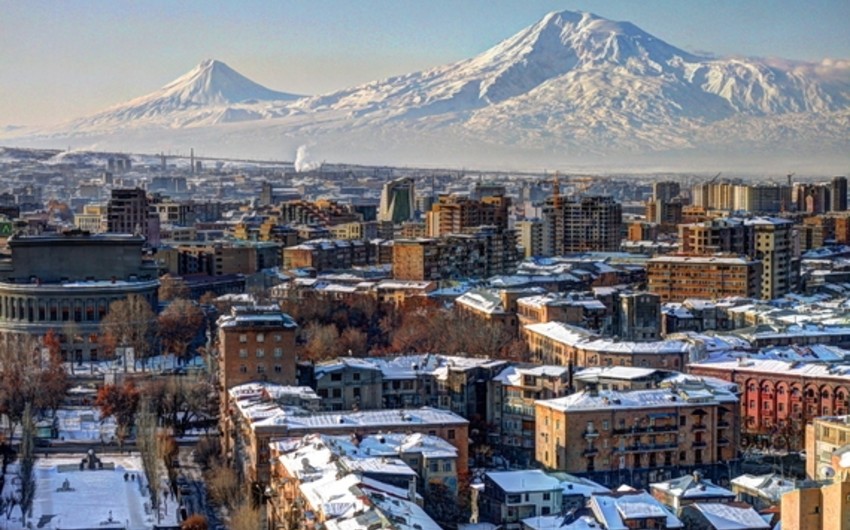 Baku. 26 August. REPORT.AZ/ In less than a month Armenia will mark the 25th anniversary of its independence. It should be a time for joy.

"But like many Armenians I will be thinking about what might have been, about the opportunities lost.

As our country approaches the September 21 anniversary date, it remains one of the poorest in the former Soviet Union."

Report informs, this is stated in the article of the Armenian author Armine Sahakyan in American edition "Huffington Post".

Edition, comparing the present Armenia with the Soviet times, says that during the Soviet era, all of Armenia’s brightest students could gain entry to a top university: "Now, money talks. Mediocre students can enter an elite university by paying bribes. And they can get through it without even having to attend class — also with bribes. Money also talks in health care. If you need an operation or extensive treatment, you’d better have bribe money. Otherwise, you may not last long".

One of the major reasons why Armenia has been unable to do better since independence is that it is independent in name only.

"In reality, it is still a Russian colony," - author said.

Sahakyan recalled that Armenia had a great chance to reduce its economic dependence on Russia when, in the fall of 2013, it was ready to sign an association agreement with the European Union.

That agreement would have set it on a path toward full EU membership.

"Armenians who knew anything about the world were eager to see their country join the EU because Europe is more prosperous than the former Soviet Union — and why not go with the best?

Russian President Vladimir Putin, who has been trying to recreate the Soviet Union, would have none of that. He summoned Armenian President Serzh Sargsyan to the Kremlin for talks. No one except Putin, Sargsyan and a few insiders from both governments know exactly what was said. But it was obvious that Putin gave Sargsyan an ultimatum. Shortly after the discussion ended, Sargsyan announced that Armenia would be joining the Russian-led Eurasian Economic Community instead of the EU.

Putin hates the color revolutions that ushered in regime change in Georgia, Kyrgyzstan and Ukraine. The last thing he wants is a liberal or even pro-Western political movement in Armenia, a country that Russia has subjugated for 300 years.

Given Russia’s continuing economic and military subjugation of Armenia, I will take no joy in marking Armenia’s 25th year of independence on September 21," Armine Sahakyan said.