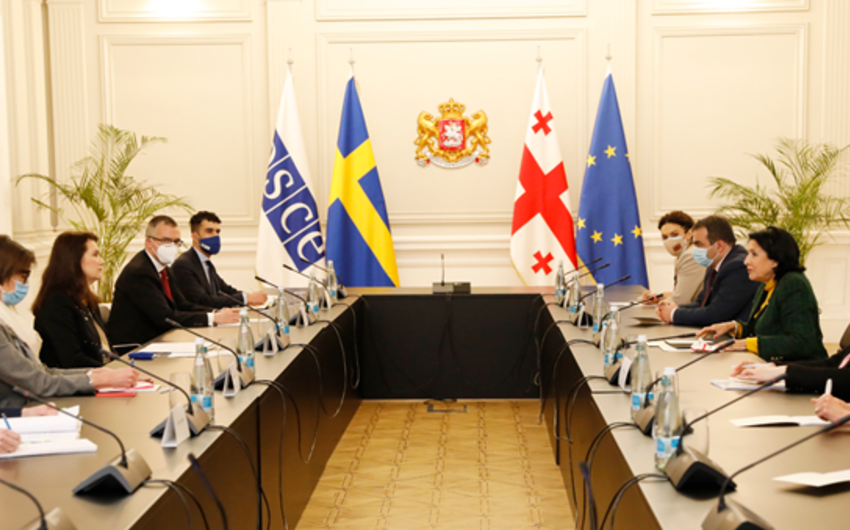 President of Georgia Salome Zourabichvili has received OSCE Chairperson-in-Office, Minister of Foreign Affairs of Sweden, Ann Linde, who is in Georgia on an official visit, the Georgian bureau of Report informs, referring to the Georgian presidential administration.

At the meeting, Zourabichvili put forward an initiative to hold an international conference in Georgia with the participation of women leaders during the Swedish chairmanship in the OSCE. She proposed discussing all the conflicts existing in the region and issues of their peaceful solution.

Linde positively assessed the proposal and expressed her readiness to take an active part in implementing the initiative.

The parties also considered the situation in Georgia's occupied territories, the strengthening of the role of the EU and the OSCE in the region, and other issues.