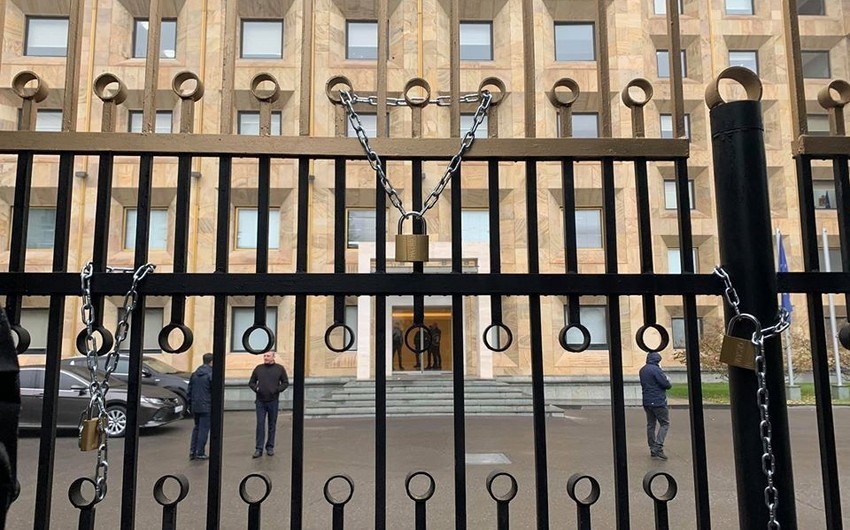 A protest rally is held in front of the Georgian government building in Tbilisi.

Local bureau of Report informs that the event involves public activists and opposition party leaders. The protesters wanted to lock the door to the government administration building but the police prevented this attemptş The situation grew into a clash and, as a result, the police officers formed a live barrier in front of the building.

By decision of the ruling Georgian Dream Party, demonstrants protest conduction of parliamentary elections on a mixed electoral system in 2020. The protesters also demand the resignation of the government.