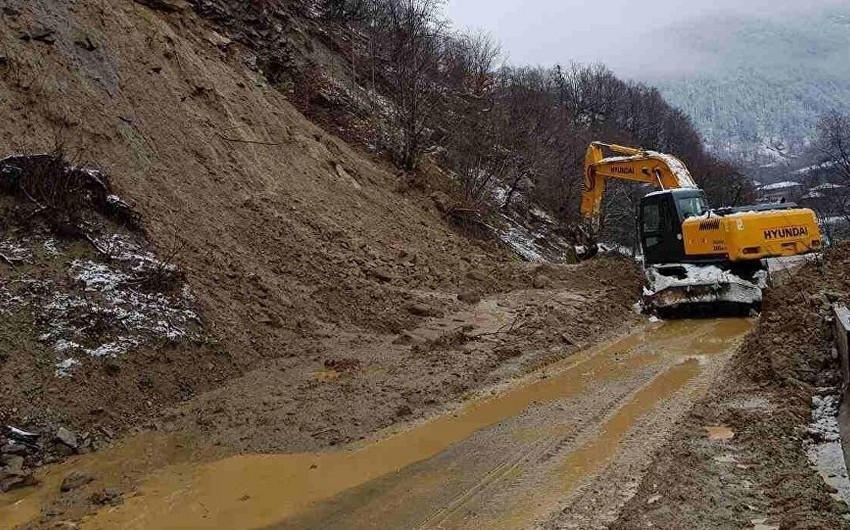 Baku. 27 October. REPORT.AZ/ Landslide processes intensified due to the bad weather in the high-mountainous Adjaria (Georgia), as a result of which seven villages in the Khelvachauri region were affected, Report informs citing the Interfax.

Precipitations caused landslides that descended in the villages of Agara, Korolistavi, Sameba, Zanakidzeebi, Charnali and Sarpi, damaging the roads, as well as power lines and water supply systems.

The most difficult situation is in the village of Sameba, where, according to the statement of the local authorities, evacuation of families whose houses have been particularly destroyed may be required in the near future. Landslides, also caused damage in water supply structure in Charnali, as a result of which water supply to the population suspended. In the same village, a flooded river damaged the power lines, leaving its inhabitants in neighboring villages without light. In Khelvachauri municipality, an emergency headquarters has been created, which works to eliminate the effects of the elements as soon as possible.