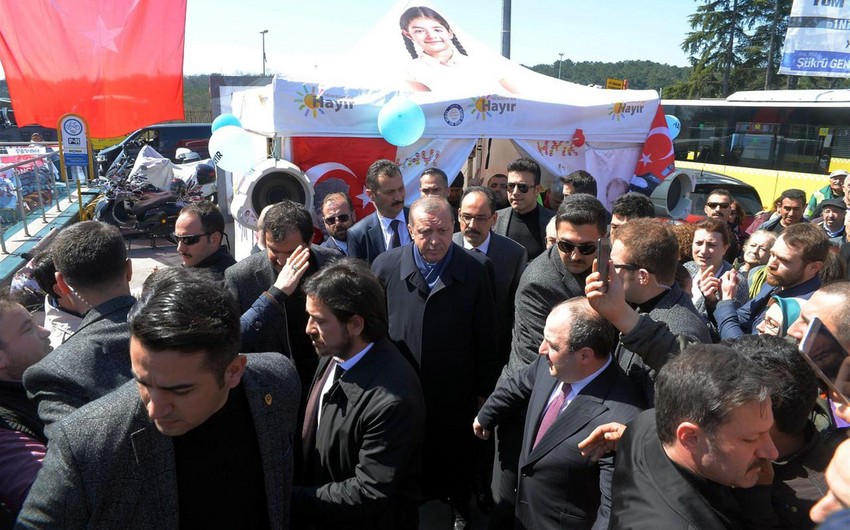 Baku. 28 March. REPORT.AZ/ President Recep Tayyip Erdoğan paid a visit to a tent belonging to the "no" campaigners, set up to promote a “no” vote ahead of the April 16 referendum on constitutional changes.

Report informs citing CNNTürk, on his way to Istanbul’s Atatürk International Airport, Erdoğan had made a brief stop to visit a stall set up as part of the “yes” campaign.

Notably, referendum on amendments to the Turkish Constitution will be held on April 16, 2017.