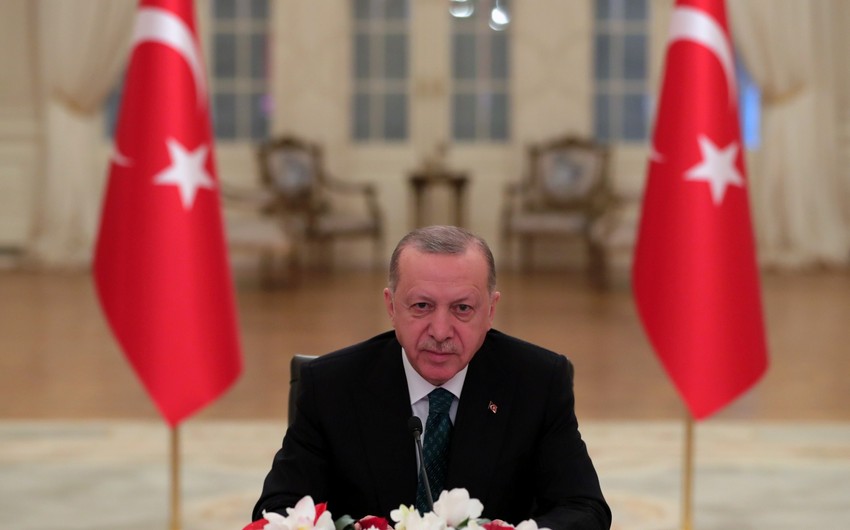 Turkish President Recep Tayyip Erdogan confirmed on Monday Ankara's plans to create a 30-kilometer security zone in Syria, saying that soon it intends to clear the last area in the adjacent territory from terrorists, Report informs.

Erdogan made the remarks at a meeting in Ankara with Turkish ambassadors in foreign countries.

"We will resolutely continue our fight against terrorism. Our decision to create a 30-kilometer-deep security zone along the southern borders remains unchanged. I hope we will soon clear the last area in Syria where the terrorist organization is hiding, and unite the rings of the security belt," Erdogan said.

The Turkish president has previously stated that Ankara is planning a new military operation in northern Syria. According to him, the primary goal is the expansion of the security zone created in October 2019 after the Peace Spring operation.