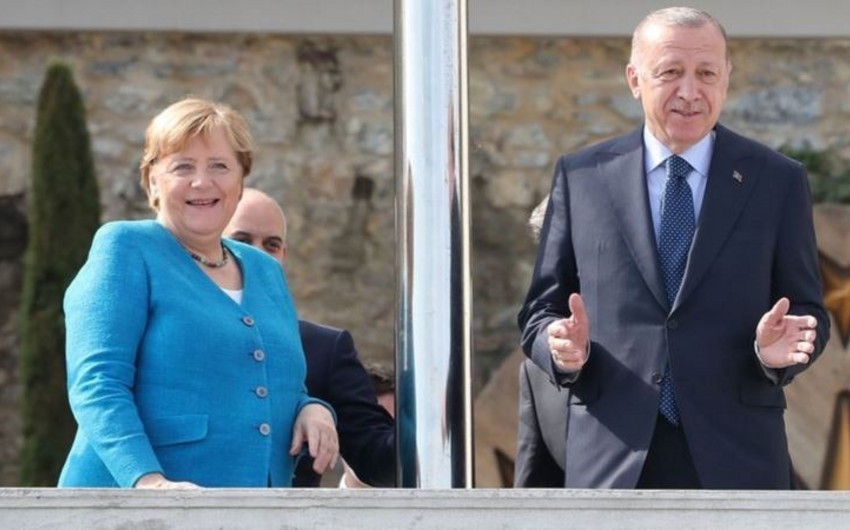 The leaders met at the Huber mansion in Istanbul, Report informs, citing Haberturk.

The meeting focused on the current state of bilateral relations, regional issues, and migration and refugees.

The President and the Chancellor watched the Strait of Istanbul from the balcony of the mansion. Erdogan briefed Merkel on the strait. They also greeted the citizens standing on the coast, including journalists.

The leaders are expected to hold a joint press conference.

The meeting between Turkish President Recep Tayyip Erdogan and German Chancellor Angela Merkel got underway on Saturday at the Istanbul residence of Huber.

Report informs that Erdogan and Merkel drove along the coast of the Bosphorus to the residence in a golf car.

The agenda of Merkel's farewell visit includes ways to deepen cooperation with Turkey and regional processes with an emphasis on Libya, Syria, and Afghanistan.