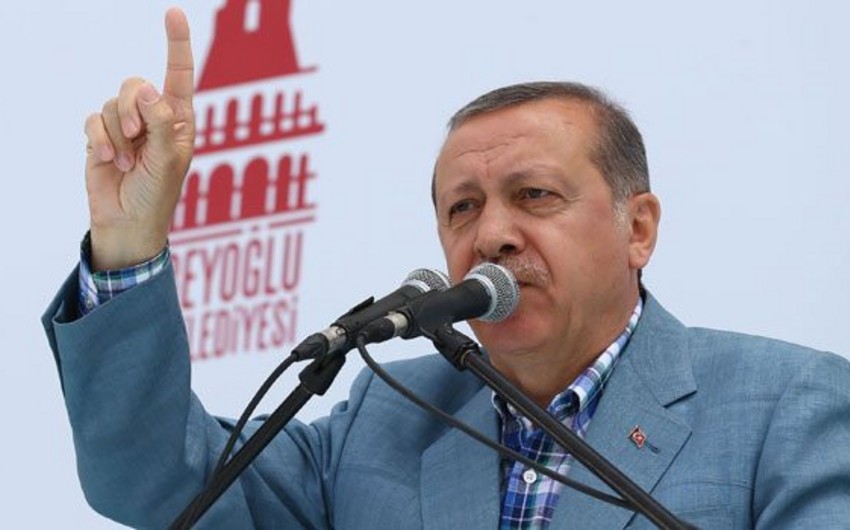 Report informs referring the information given by the Anadolu Agency, speaking in Istanbul at an international youth event Saturday, Erdogan criticized the death penalty against Morsi. "If Morsi is given death sentence today, this is indeed a capital punishment against the ballot box," he said.

He called on the international community, mainly the Western world, to take a stance against the Cairo court’s decision and criticized their silence over the issue.

"The , the West, have you not abolished the capital punishment? If you have, do you have any sanctions against those who implement it? What are you waiting for? Why are you still silent?” the Turkish president asked.

Erdogan also made a reference to the detrimental effects of the July 2013 military coup by incumbent Egyptian President Abdel Fattah el-Sisi against the Morsi administration, saying: "What collapsed with the coup is not only the Egyptian democracy, but the whole world that has pinned their hopes on democracy."

Morsi, Egypt’s first democratically-elected president, was ousted by the country’s military in July 2013 after only one year in office, following mass protests against his rule.

An Egyptian court Saturday referred 122 out of 166 defendants, including Morsi to the country's grand mufti to consider possible death sentences against them over charges of jailbreak and espionage charges.

Morsi's family did not attend Saturday's trial session, citing "their rejection of the legitimacy of the trial."

He is the first president to be referred to the country’s grand mufti in Egypt's history. The opinion of the mufti is non-binding, but Egyptian law makes it necessary for judges to seek a religious point of view on any death sentence.