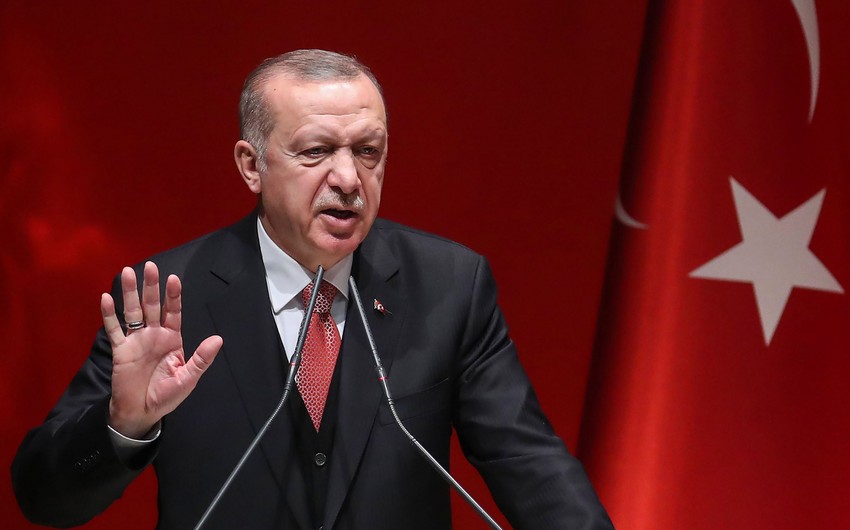 The wife of leader of ISIS, Abu Bakr al-Baghdadi, who was killed last month, has been arrested, Turkish President Recep Tayyip Erdoğan said.

Report informs citing the Sabah that the Turkish president said the US had killed Abu Bakr al-Baghdadi in the tunnel: "I make this statement for the first time: we detained his wife and sister. However, we didn’t make such a noise out of it".

Abu Bakr al-Baghdadi, leader of the Islamic State (IS) group, was during a raid by US commandos in north-west Syria.