Employees of 'Rustavi nitrogen' factory hold a rally in Tbilisi

Employees of 'Rustavi nitrogen' factory hold a rally in Tbilisi As a result traffic stopped, length of traffic jam stretched for a kilometer
152 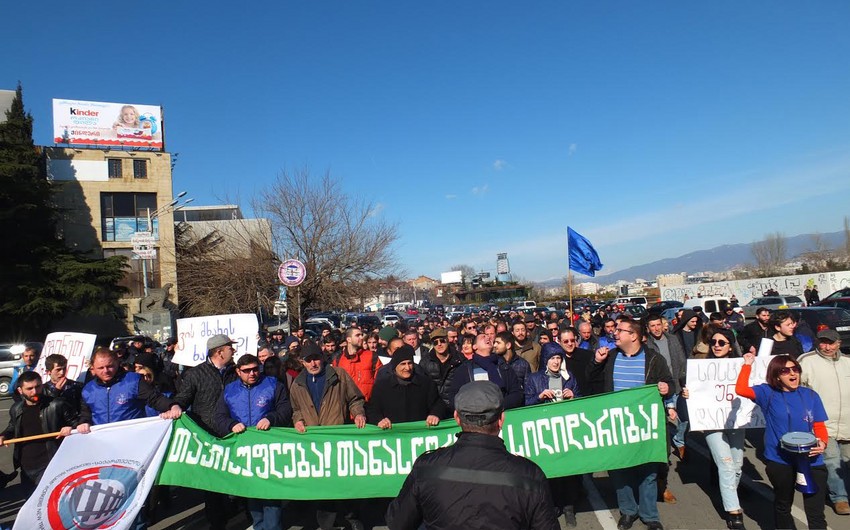 Tbilisi. 7 February. REPORT.AZ/ Massively dismissed employees of the "Rustavi nitrogen" factory held a rally in the central Rose Square in Tbilisi on February 7.

The rally continued in the Liberty Square, in front of Bank of Georgia, new investor of "Rustavi nitrogen" factory. They demanded restoration of redundant workers, increase in wages, compensation to the unemployed.

Giorgi Abjandadze, protestor currently working at the factory told Georgia bureau of Report News Agency: "Our new investor Bank of Georgia axed 350 people in recent days. A thousand workers will be sacked. After the previous protests, the factory's management made a decision to pay 1500 GEL (500 GEL for each month) for three months to the workers sacked or to be sacked. The decision doesn't satisfy workers who are already in poor condition. They are indebted to banks. Their condition will be worse, if not employed.

The protesters also burned flames and covered the area in smoke. 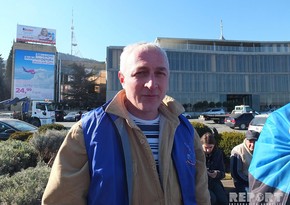 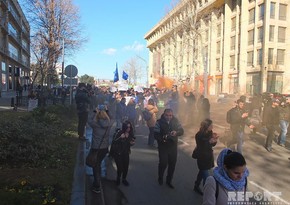 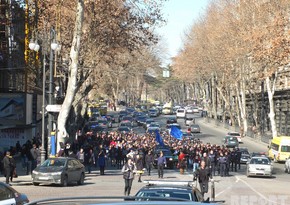 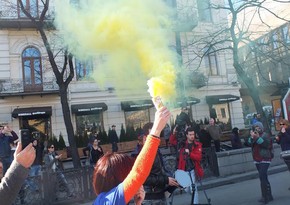 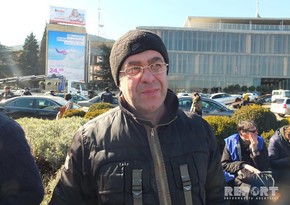 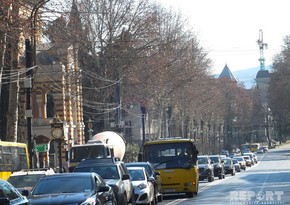