Davutoğlu: Turkey killed 200 Daesh terrorists in Iraq, Syria He said that the military was given orders to carry out operations against Daesh targets 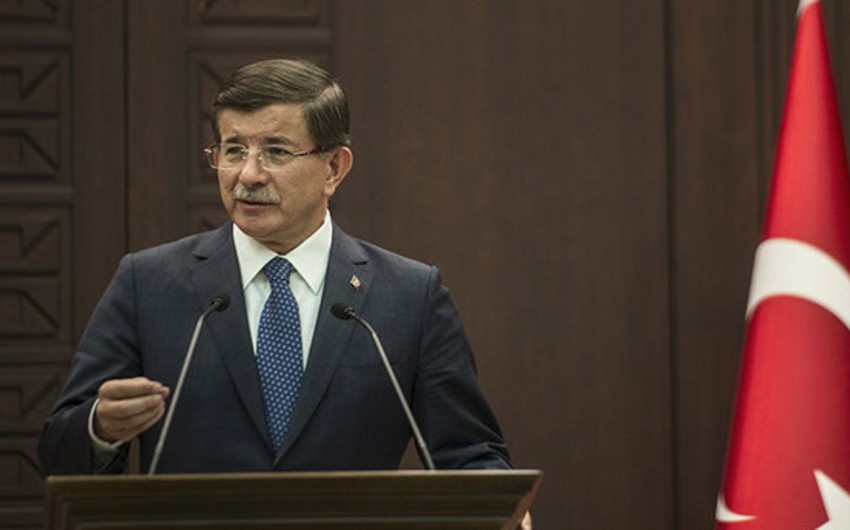 Baku. 14 January. REPORT.AZ/ Turkish Prime Minister Ahmet Davutoğlu said on Thursday that Turkey struck Daesh targets along the border with Syria and Iraq, and killed 200 terrorists, in retaliation for the deadly suicide attack in Istanbul, which killed 10 people.

Report informs referring to the Turkish media, speaking to Turkey's ambassadors at Çankaya Palace, Davutoğlu underscored that Turkey will continue to fight terrorism in a determined manner and urged everyone to display a determined stance against terrorism.

Davutoğlu said that the military was given orders to carry out operations against Daesh targets in Iraq and Syria, shortly after they confirmed that the attack was carried out by the terrorist organization. He noted that around 500 artillery rounds were fired at Daesh positions in the last 48 hours, killing 200 terrorists in total, including so-called regional chiefs.

"From now on, any threat directed against Turkey's guests will be retaliated in kind" Davutoğlu said, and added that Turkey will continue to fight the terrorist organization until they completely leave Turkey's borders.

He condemned terrorism once again, while he underscored that it is important to differentiate between ordinary Syrian refugees and Daesh.