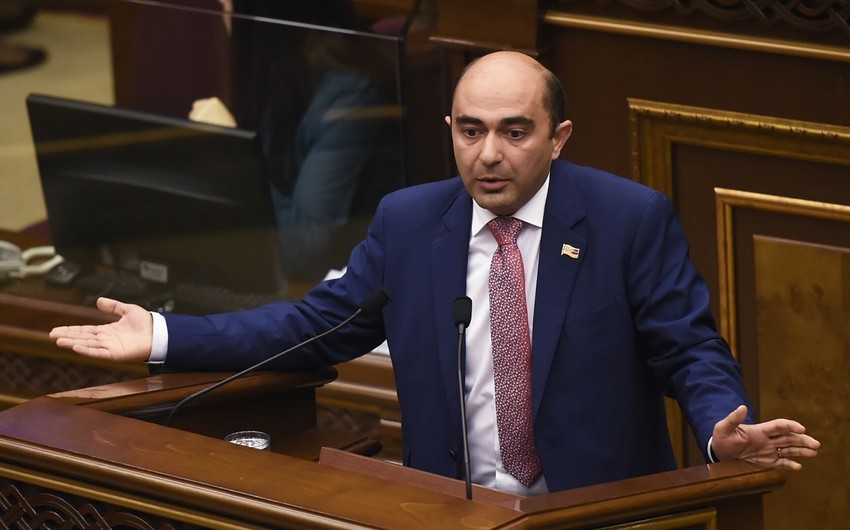 Edmon Marukyan, the leader of the Bright Armenia Party, a former member of parliament, may become a pro-government candidate for the presidency of Armenia, Report informs referring to Zhoghovurd newspaper.

Marukyan has already agreed to run for the presidency, but he himself refused to comment on this information.

According to the newspaper, the politician’s team is not against his nomination. He himself has recently become close to government representatives and even attended the wedding of Armenian Defense Minister Suren Papikyan. He declined to comment on information about his nomination, saying that he did not give interviews yet.

Armenian President Armen Sarkissian announced his resignation on January 23. He said that he cannot influence the country's policy and issues of war and peace.