Bratchikov: Ratification of Caspian Convention may be affected by elections in Caspian countries

Bratchikov: Ratification of Caspian Convention may be affected by elections in Caspian countries "Attempts to influence the negotiations on the part of non-regional players experienced throughout the 20 years 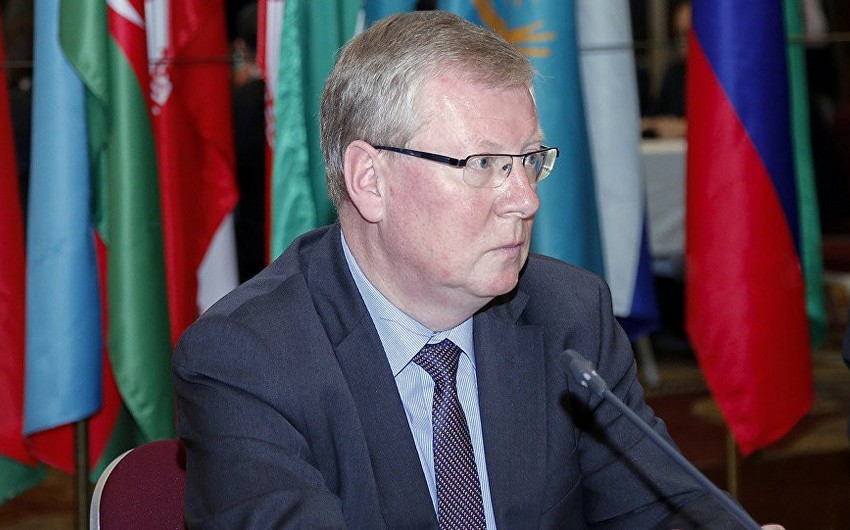 Baku. 14 September. REPORT.AZ / It is important that all Caspian States managed to bring the "Caspian equation" to a common denominator.

Report informs that the due statement was provided by Ambassador-at-Large of the Russian Foreign Ministry, Igor Bratchikov commenting to Kommersant on the signing of the Convention on the legal status of the Caspian Sea at the summit in Aktau in August.

"I think no one will artificially delay the ratification process. The Convention is a balanced and equitable document. It fully takes into account the national interests of all coastal countries. Its soonest entry into force meets the needs of all parties," said Bratchikov.

"It is important that the Convention would not become a hostage of the election campaign", added the Ambassador-at-large.

"Attempts to influence the negotiations on the part of non-regional players have been experienced throughout the 20 years of negotiations, up to the last moment... The interest in the Caspian Sea was shown from the countries even located far enough from this region, including outside the Eurasian continent," said Bratchikov.