Armenian police detain participants of protests outside Ministry of Health 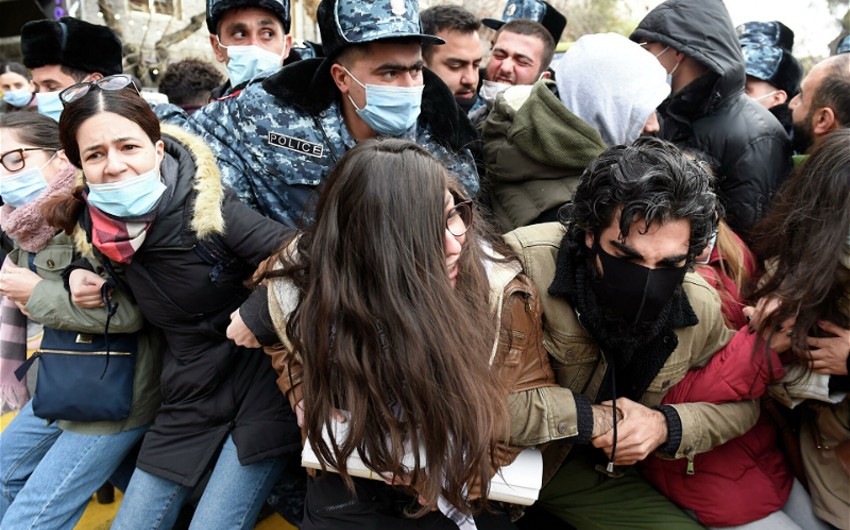 Armenian police apprehended citizens who were holding a protest in front of the building of the Ministry of Health.

Report informs, citing news.am, that the situation escalated after the protesters threw polyethylene bags at the building.

The protesters demand the resignation of acting Minister of Health Anahit Avanesyan. According to them, Avanesyan must resign, if she has a little human value. The protest comes after citizens found out that the bodies and remains of deceased servicemen are kept in basements.