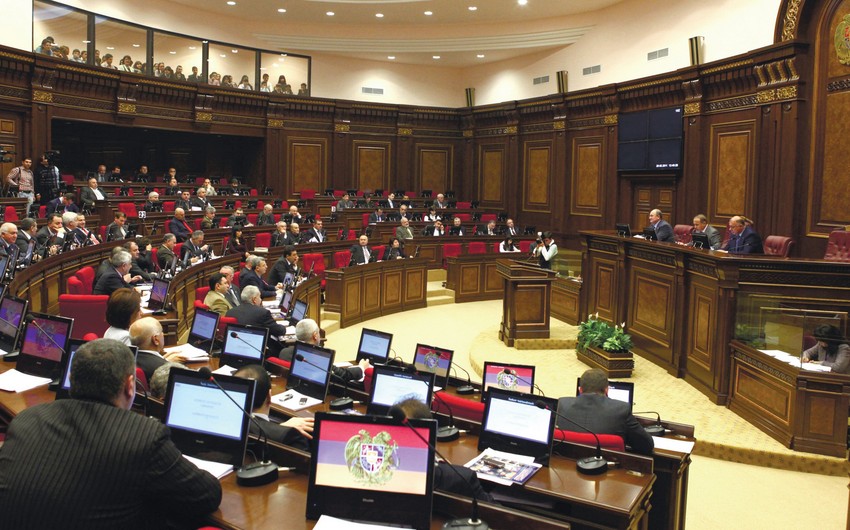 Baku. 15 November. REPORT.AZ/ Armenian parliament has approved the law “On military service and status of servicemen” with a second reading on November 15.

Report informs referring to the Armenian media, 86 lawmakers voted in favor and 6 against at today's session.

The parliament has 105 members. 65 of them represent ruling coalition (58 – Republican party, 7 - Dashnaks), 40 lawmakers are representing oppositional parties (Prosperous Armenia - 31, Way Out Alliance - 9). The students criticizing the outcome of election have held a protest in front of the parliament.

After the third reading, draft law will be signed by the president and then to go into effect.