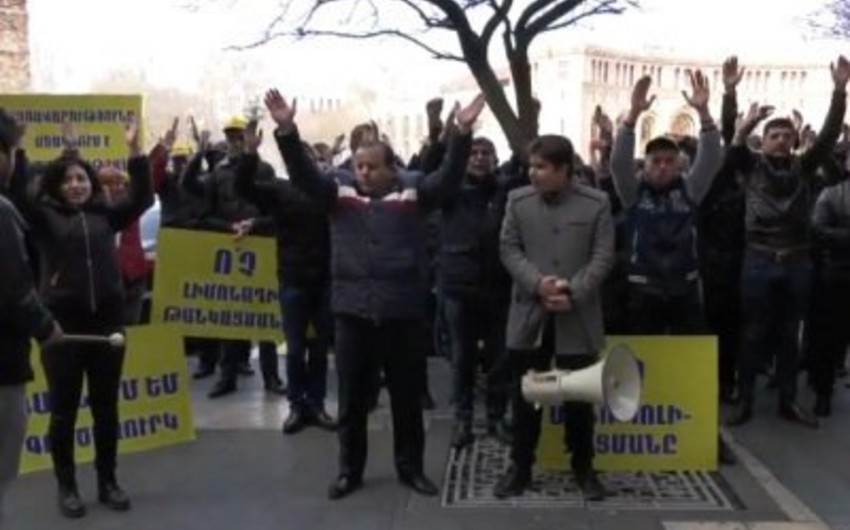 Entrepreneurs engaged in the production of soft drinks in Armenia held a protest action outside the government building in Yerevan on March 18.

Report informs citing NEWS.am that the businessmen protest against changes proposed to the country's Tax Code.

Rally participants said that the tax increase would put an end to their business: “Small and medium-sized businesses in this sector will be bankrupt. We do not think it will be good for the state. This will serve the interests of some groups. That's why this step has been taken."

Notably, on March 11, representatives of companies producing soft drinks in the Armenian capital held a protest action in front of the government house.