Armenia may hold snap parliamentary elections Armenian government is planning to break up the faction of the oppositional Armenian Revolutionary Federation (Dashnaktsutyun). 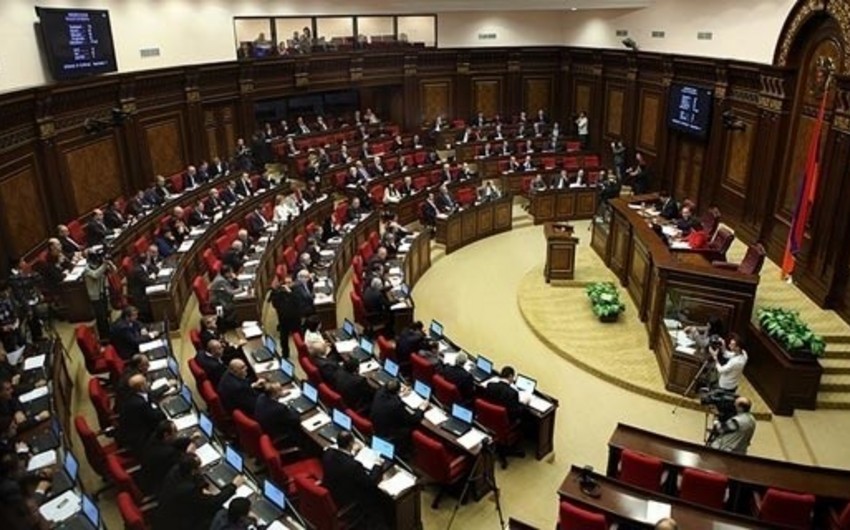 Armenian government is planning to break up the faction of the oppositional Armenian Revolutionary Federation (Dashnaktsutyun).

If the authorities undertake the redistribution of the economic market and decide that there really is a problem with Prosperous Armenia Party (PAP) Chairman Gagik Tsarukyan’s parliamentary mandate, our leader also will not delay his steps in response; all of us will give up our mandates—together with Tsarukyan, Hraparak (Square) newspaper said.

“We inquired from one of the well-known constitutionalists as to what this step assumes. "The Constitution of Armenia prescribes that 30 percent of the parliament shall be the opposition. In case the PAP gives up its mandates—even without the other opposition Bright Armenia faction—the parliament will become unconstitutional. But it should be taken into account that not only all members of the PAP faction in parliament, but also all the candidates who are on the PAP’s proportional [representation electoral] list after them shall give up the mandates. And that unconstitutional situation will lead to snap parliamentary elections," he said.

Notably, the appeal has been made to the Prosecutor General to initiate criminal proceedings against Gagik Sarukyan, the leader of the Prosperous Armenia Party and the Sarukyan bloc in Parliament. According to another information, the Armenian government is planning to break up the faction of the oppositional Armenian Revolutionary Federation (Dashnaktsutyun).