Armenia begins voting in snap parliamentary election More than 2,000 polling stations for the snap elections to the National Assembly (unicameral parliament) of Armenia opened on Sunday at 08:00  (GMT +4). 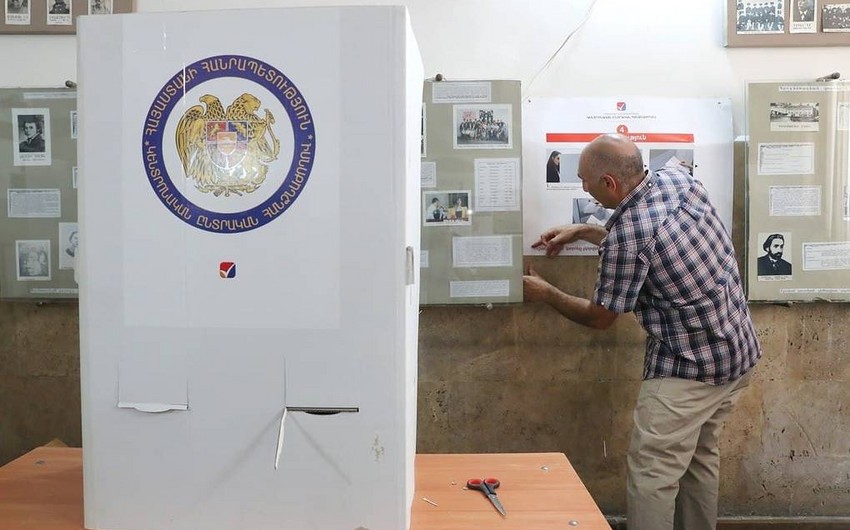 More than 2,000 polling stations for the snap elections to the National Assembly (unicameral parliament) of Armenia opened on Sunday at 08:00 (GMT +4) throughout the country, informs via foreign media.

Among the 25 political parties and blocs running in the elections, according to opinion polls, the favorites are the Civil Contract Party, whose leader is the current head of the Cabinet of Ministers Nikol Pashinyan, and the "Armenia" bloc, headed by the country's second president, Robert Kocharyan.

The electoral threshold can be achieved by the bloc of the third president Serzh Sargsyan and the former head of the National Security Service Artur Vanetsyan "I Have the Honor", and two parliamentary opposition parties - "Prosperous Armenia", whose permanent leader Gagik Tsarukyan is one of the richest people in the country, and "Bright Armenia", which is led by Edmon Marukyan. As the head of the Armenian National Congress party, the first president of the republic, Levon Ter-Petrosyan, is also taking part in the elections.

A party needs to get at least 5% of the vote to get into parliament, while a bloc needs 7%.