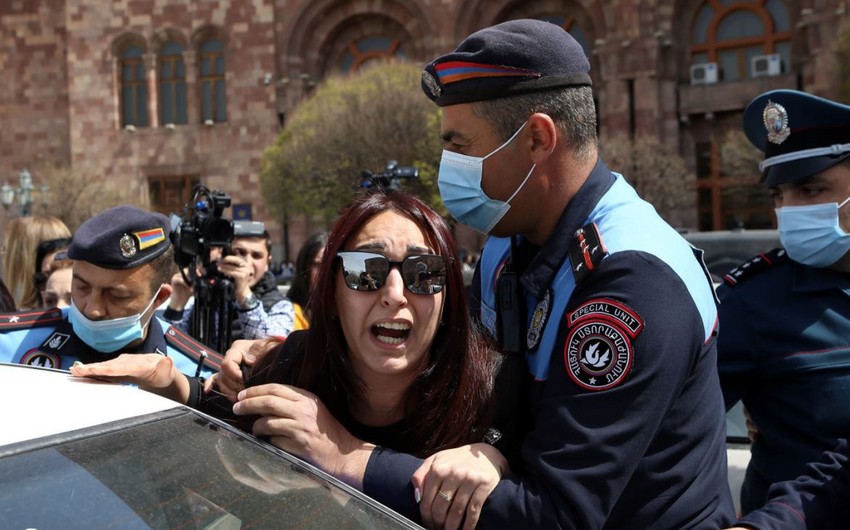 Amnesty International has presented its report for 2020-2021, Report informs.

A separate chapter is devoted to Armenia.

Armenian authorities intensified a clampdown on dissent using the COVID-19 pandemic as a pretext, reads the report.

Dozens of opposition leaders and activists were arbitrarily arrested and detained. Freedoms of assembly and expression were further restricted in response to growing public discontent; freedom of association remained curtailed. Lawyers were harassed and reports of torture and other ill-treatment of government critics in detention remained widespread.

Promised judicial and anti-corruption reforms stalled, in part due to their fragmented nature and the inability to sustain institutional change. Reforms were also impacted by the conflict and the pandemic, both of which ravaged the economy and the health care system. Hospitals and the health care sector remained overwhelmed. They struggled to provide care to a rising number of patients during the pandemic and warfare.

The government provided limited financial aid to those who lost jobs and to families with young children.

The rights to freedom of expression and peaceful assembly were restricted throughout the year, firstly as a result of a state emergency imposed from March to September in response to COVID-19, and then on account of martial law imposed from September until the end of the year in response to hostilities with Azerbaijan.

Under the state of emergency, the government, among other things, prohibited public gatherings of more than 20 people and the publishing of “unofficial information” about pandemic-related issues. The authorities forced 20 media outlets to amend or delete information that officials deemed as “conducive to spreading panic”. The restrictions on the media were lifted in April, following harsh criticism by local and international rights groups.