Istanbul. 4 July. REPORT.AZ/ A stand in memory of victims in Istanbul Atatürk Airport attack was erected in the airport.

Report’s Turkish bureau informs that photos of the airport employees who died in the bloody attack, were placed on the stand.

A number of institutions and organizations, tourists and media representatives as well as city residents are visiting the stand, lay flowers, have a minute silence in memory of the deceased and pray for the souls.

Colleagues of those killed in the attack wrote farewell letters, condemning the massacres and reflected calls for a joint fight against international terrorism.

As a result, three explosions killed 47 people and injured nearly 250. 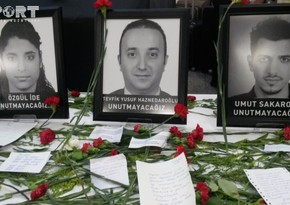 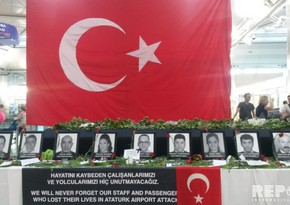