​A congress of the ruling party was held in Turkey 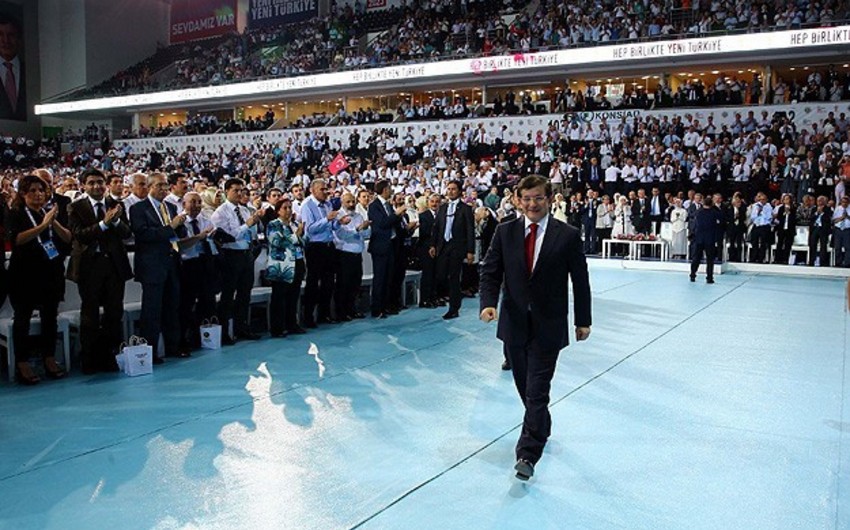 Baku. 28 August. REPORT.AZ/ An emergency congress of the ruling Justice and Development Party (AKP) was held in Turkey.

Report informs citing Turkish media, at the Congress newly-elected president Recep Tayyip Erdogan announced his resignation as Chairman of the party. He also said that despite his resignation from the post, the Party's policy would not change.

Subsequently, this was followed by a vote in which only one candidate for the post of the head of the AKP, Foreign Minister Ahmet Davutoglu was elected Chairman of the ruling party.

In his speech after the election, he also said he would not change the direction of the party and would continue to carry out the policy, which was held by Erdogan.

The Congress was also attended by a delegation of the "Yeni Azerbaijan Partiyasi" ruling party of Azerbaijan, led by MP Siyavush Novruzov.