8 senior Iranian army officers killed in Syria since 2013 At least 250,000 people have been killed since the Syria conflict began in early 2011 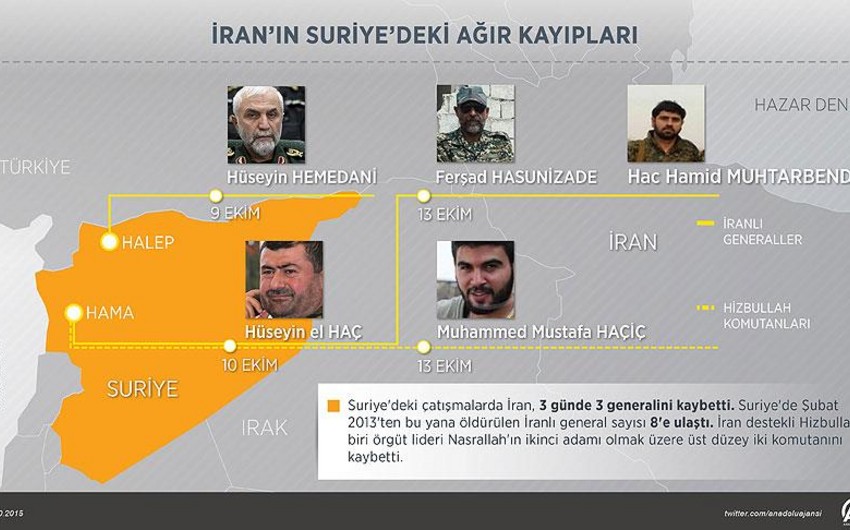 On October 9, Hossein Hamadani, a senior commander of Iran's Revolutionary Guards, was reportedly killed by the ISIS group in Aleppo, according to Iranian media.

Since 2013, Iran has lost senior commanders in Syria's Damascus, Aleppo, Qunaitera and Hama provinces, according to Iranian media.

At least 250,000 people have been killed since the Syria conflict began in early 2011, with 7.6 million internally displaced and over four million having fled to nearby countries.