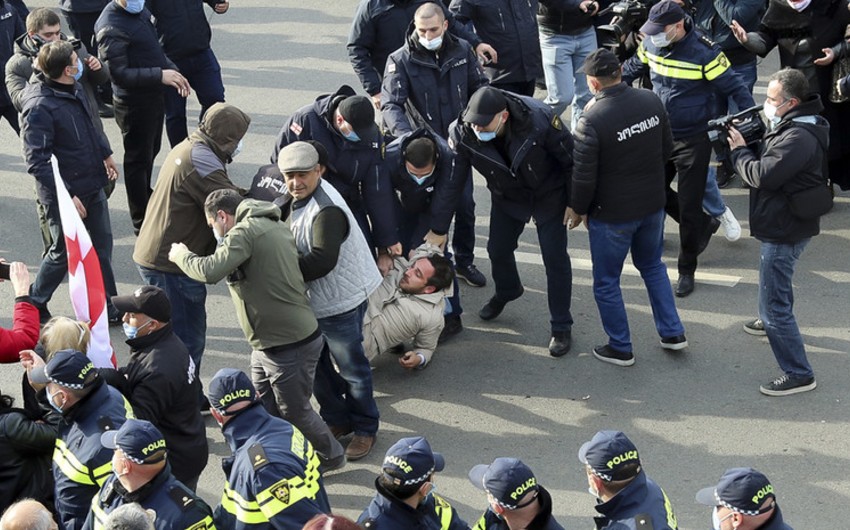 Report informs, citing Georgian media, that Saakashvili was allowed to attend the hearing in person, which concerns illegal dispersal of an opposition rally back in 2007, for the first time since his arrest in Tbilisi on October 1.

Before the hearing took place, Saakashvili said that he distrusts the Georgian court, noting that he ‘would have used the opportunity’ to address the public.

He also called on supporters to hold a rally at the court.

A number of opposition supporters gathered at the court earlier today.

Several of them allegedly threw bottles at police and attempted to enter the court’s yard.