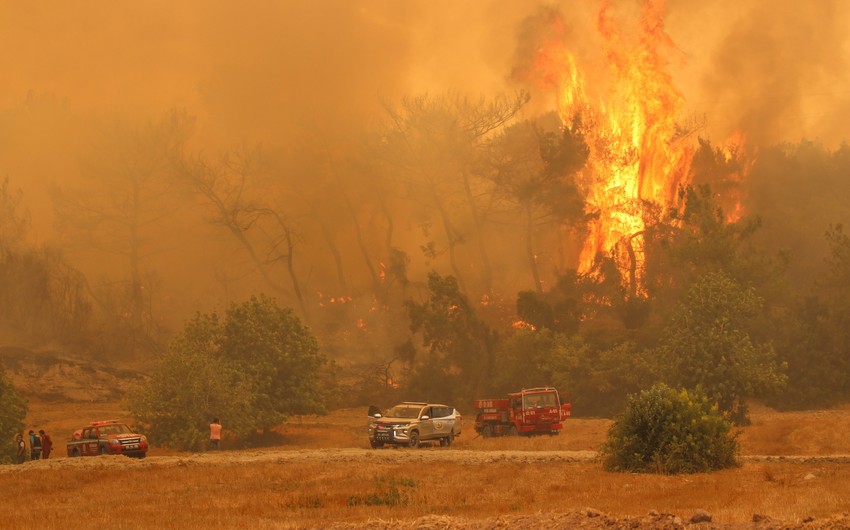 The authorities of 12 Turkish provinces have imposed a ban on visiting forests due to the raging forest fires in the country.

Report informs that according to the circulars issued by the administrations of the provinces of Istanbul, Canakkale, Balikesir, Kocaeli, Izmir, Bursa, Aydin, Hatay, Konya, Ushak, Kirklareli, and Gaziantep, citizens are prohibited from visiting forests. Entrance to them is forbidden until the end of August and until further notice in several provinces.

Earlier, the Turkish Minister of Agriculture and Forestry Bekir Pakdemirli reported that efforts to contain 20 forest fires continue in six provinces in the south of the country. Four were killed and 183 injured in the fire.