Bahar Muradova: The current status quo satisfies no one except Armenia

Bahar Muradova: The current status quo satisfies no one except Armenia The Armenian-Azerbaijani Nagorno-Karabakh conflict was discussed in Tbilisi
2244 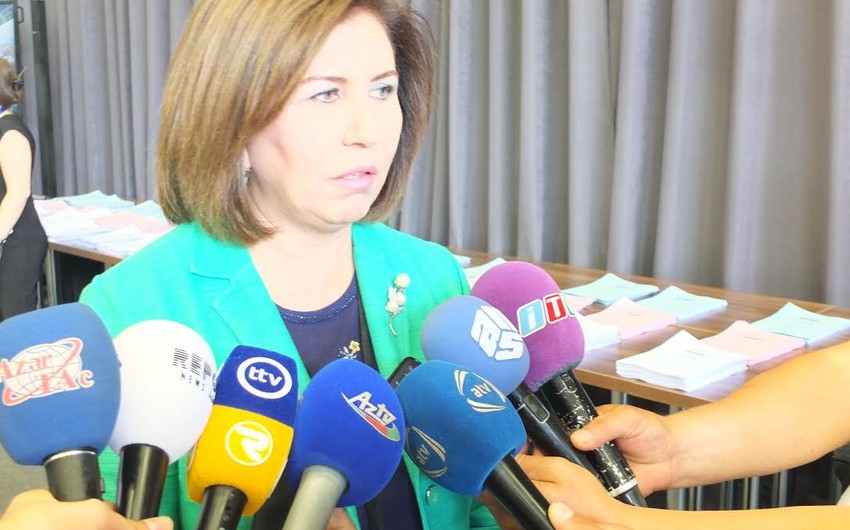 Baku. 2 July. REPORT.AZ/ A meeting of the Standing Committee has been held in Tbilisi as part of the 25th Annual Session of the OSCE Parliamentary Assembly.

Report informs, Head of the Azerbaijani delegation to the OSCE PA, Deputy Speaker of the Milli Majlis Bahar Muradova made a speech on the issues discussed at the meeting, particularly the Armenian-Azerbaijani Nagorno-Karabakh conflict.

In an interview with journalists, Muradova said: "As the Azerbaijani delegation we have always paid attention to the issues discussed at committee meetings and sessions and clarified all the issues related to Azerbaijan. And today, at the committee meeting the OSCE Chairman-Rapporteur briefed the participants on the Armenian-Azerbaijani Nagorno-Karabakh conflict and recent April events on the line of contact between the troops. However, I consider it necessary to inform the committee members on the issue and gave detailed information about the causes and consequences of the April events and some details on the settlement of the Armenian-Azerbaijani peace talks."

"I stated that the current status quo satisfies no one except Armenia. Azerbaijan is continuing its efforts towards liberating its lands and ensuring a peaceful resolution of the problem," she said.

Muradova underlined the importance of coordination of the steps to be taken by all the institutions of OSCE. She hailed Azerbaijan's support for a peaceful resolution of the problem: "I once again drew the audience's attention to Azerbaijan's fair stance, saying we are in favor of though stage-by-stage liberation of our territories. But rejecting this unequivocally, Armenia impedes the negotiation process," she said.

Milli Majlis Deputy Speaker hailed the importance of equal and effective functioning of the OSCE institutions for eliminating all these problems and giving impetus to the process.”