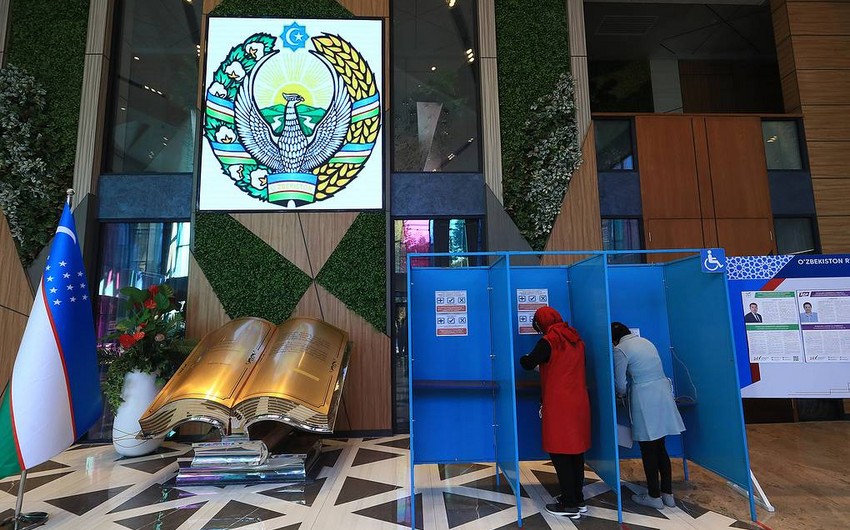 Voting in the presidential election in Uzbekistan continues with the high voter activity. By 13:00 local time (GMT +5), over 50% of voters had already cast their votes, the Uzbek Central Election Commission spokesperson Jaloliddin Usmanov said, Report informs.

The first results of the election will be announced by the country's Central Election Commission tomorrow. The new president must take office no later than two months after election day.