US student Otto Warmbier given 15 years in North Korea 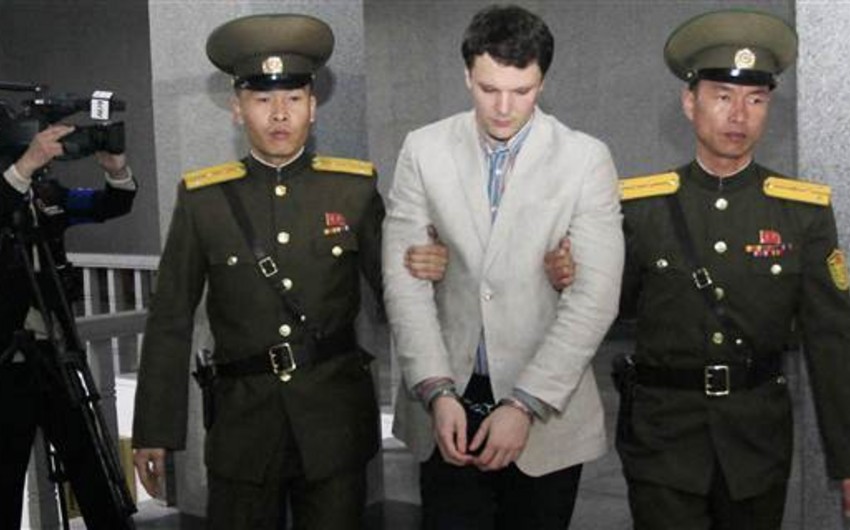 Baku. 16 March. REPORT.AZ/ US student Otto Warmbier has been given 15 years hard labour in North Korea for crimes against the state, Report informs referring to the BBC.

Warmbier, 21, was arrested for trying to steal a propaganda sign from a hotel while visiting North Korea in January.

He later appeared on state TV apparently confessing and saying a church group had asked him to bring back a "trophy" from his trip.

North Korea sometimes uses the detention of foreigners as a means of exerting pressure on its adversaries.

The 15-year sentence is high compared to those given to foreigners in the past.

This could be due to the particularly high tensions at the moment between North Korea and the US, he says.