UNHCR report: Refugee numbers reach unprecedented levels The global refugee total, which a year ago was 19.5 million, had as of mid-2015 passed the 20 million threshold (20.2 million) 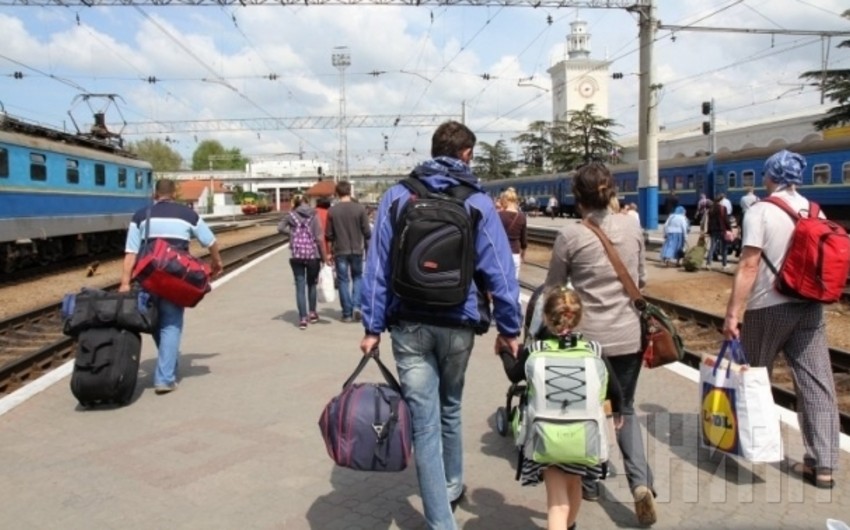 Baku. 18 December. REPORT.AZ/ With almost a million people having crossed the Mediterranean as refugees and migrants so far this year, and conflicts in Syria and elsewhere continuing to generate staggering levels of human suffering, 2015 is likely to exceed all previous records for global forced displacement, Report informs UNHCR warned in a new report.

UNHCR's Mid-Year Trends 2015 report, covering the period from January to the end of June, and looking at worldwide displacement resulting from conflict and persecution, shows markers firmly in the red in each of the three major categories of displacement - refugees, asylum-seekers, and people forced to flee inside their own countries.

Asylum applications were meanwhile up 78 percent (993,600) over the same period in 2014. And the numbers of internally displaced people jumped by around two million to an estimated 34 million.

Taking into account that the report covers only internally displaced people protected by UNHCR (the global total including people both in and outside UNHCR's care is only available in mid-2016), 2015 is on track to see worldwide forced displacement exceeding 60 million for the first time - 1 in every 122 humans is today someone who has been forced to flee their home.

High Commissioner for Refugees Antonio Guterres said: ''Forced displacement is now profoundly affecting our times. It touches the lives of millions of our fellow human beings - both those forced to flee and those who provide them with shelter and protection.

''Never has there been a greater need for tolerance, compassion and solidarity with people who have lost everything.''